Home > News > ‘Heaven is for real’ opens in cinemas today

‘Heaven is for real’ opens in cinemas today 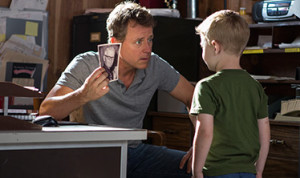 A film adaptation of the number 1 New York Times best-selling book, ‘Heaven Is For Real’, opens in Irish cinemas today.

The film brings to the screen a true story which has inspired millions of people across the globe.

‘Heaven Is For Real’ tells the story of a four-year-old boy’s extraordinary near-death experience, and his father’s search for the courage to share his son’s discoveries about heaven.

The book was written by Todd Burpo and Lynn Vincent, and titled ‘Heaven is for Real: A Little Boy’s Astounding Story of His Trip to Heaven and Back.’

It recounts how Todd Burpo’s then-four-year-old son, Colton, began saying he had visited heaven after he nearly died during an emergency appendectomy operation in 2003.

The film stars Greg Kinnear as Todd Burpo, pastor of Crossroads Wesleyan Church in Imperial, Nebraska and a small-town businessman, volunteer firefighter struggling to make ends meet in a tough year for his family.

After his bright young son Colton is rushed to the hospital for emergency surgery, Todd and his wife Sonja are overjoyed by his miraculous survival.

But they are wholly unprepared for what happens next…

Following his recovery, Colton starts to matter-of-factly recount what he says was an amazing journey to heaven and back.

Colton innocently tells his parents details of things he couldn’t possibly know, such as meeting his sister in heaven, though he had never known that Todd and his wife lost a baby through miscarriage.

Colton also claims he met Jesus riding a rainbow-colored horse and sat in Jesus’ lap, while the angels sang songs to him.

He also recalls seeing Mary kneeling before the throne of God and at other times standing beside Jesus.

Todd finds himself colliding against a wall of mystery and doubt, until he breaks through to rediscover hope, wonder and the strength of purpose.

Within three weeks of its November 2010 release, the book debuted at No 3 on the New York Times bestseller list. 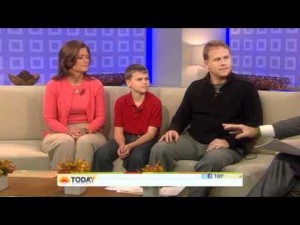 The film’s producer, Joe Roth, commented: “There isn’t anyone in the world who wouldn’t like to know what is waiting for them.”

He added, “When you consider this little boy came back and knew 9 or 10 things he shouldn’t have, to me, this is about hope. From that standpoint, it’s non-secular.”