Home > Featured > Hate crime on the rise in Ireland, but our laws don’t address the problem

Hate crime on the rise in Ireland, but our laws don’t address the problem 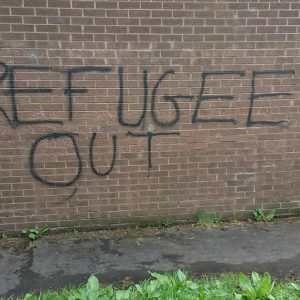 The title ‘Ireland of the Welcomes’ appears ill-deserved, as new research indicates that this country has one of the highest rates in the EU of hate crime against people of a black African background and against people who identify as transgender.

One of the reasons that hate crime is able to fester in Ireland is that the issue isn’t properly addressed in Irish legislation. Internationally, a hate crime is understood to be an offence, known to the criminal law, which is committed in a context that includes hostility towards difference.

Research published yesterday under the title ‘Lifecycle of a Hate Crime: Country Report for Ireland’, reveals that most criminal law professionals believe that if a crime involves a hate element, the penalty for that crime should be more severe following a conviction in a court of law.

However, the researchers, examining 17 recent cases involving hate crime, found that as a criminal case proceeds from initial reporting through investigation and prosecution to conviction, the ‘hate element’ is progressively diluted and is not given sufficient consideration when it comes to sentencing.

“The State, as the principal duty bearer – has a responsibility to send a clear message to society that hate crime is not tolerated,” said the Human Rights Commissioner, Emily Logan. “Hate Crime has a real-world, oppressive and damaging effect on those who fall victim to it. Hate Crime can cause people to withdraw from society and avoid expressing their identity.

“When unchallenged, hate crime carries consequences well beyond the immediate victim. It has the power to act as a ‘message crime’ – the ability to send out a message to an entire community – to warn off those who stray from the norm.”

Hate crime is most often associated with racist and homophobic motivations; other hate crime is aimed at the disabled and the elderly and there are many who argue that sexual crimes can be seen as crimes motivated by hatred of women.

Because they work alone and travel widely, black taxi drivers are believed to be especially vulnerable to racist attack. Refugees are often targetted too because of the colour of their skin. However, often hate crime goes unreported.  Members of the Traveller community and Ireland’s immigrant communities often don’t report attacks on them because they believe that they won’t be properly investigated by police.

Because there is no legal definition of hate crime in Ireland, when such crimes are reported they aren’t systematically recorded as being motivated by hatred against a particular group. This results in a double injustice: the immediate consequence is that victims are left exposed to continued attack by repeat offenders; but also failure to identify those offenders whose crimes are motivated by hatred means that there is less chance of them being rehabilitated. To end the cycle of hatred, hatred must be identified.