Home > News > We have great teachers in Ireland: Archbishop Martin

We have great teachers in Ireland: Archbishop Martin

Irish society must ensure that teachers receive the recognition they deserve Archbishop Diarmuid Martin has said.

Speaking at the annual schools Mass, the Archbishop underlined that this must include financial recognition as well as social standing and the way in which teachers’ professional concerns are addressed and supported.

In his homily at Holy Cross College Clonliffe on Thursday evening, the Archbishop, who is patron of the majority of primary schools in the Dublin area, said training and the lifelong formation of teachers was “vital”.

He referred to the new partnership between St Patrick’s College Drumcondra, Mater Dei Institute and the Church of Ireland College of Education, with Dublin City University which would establish a world class institute of education.

“We are living in a world of revolution in education. There is no future for an Ireland which is not in the forefront of digital education and in new forms of education which will equip our young people for employment in the world of the future,” he said.

Archbishop Martin also defended the role of faith saying it can and does play a role in Irish education’s future and not just in a marginal way.

However, he acknowledged that there are certain sectors within secular society which can be almost allergic to any explicit mention of faith within a public educational system.

“We need to reassure them that faith cannot be imposed and one should not attempt to impose it. But when faith gives one an added dimension, one which enriches what is purely technical, that contribution should be welcomed by all,” he said.

Dr Martin said that only through a process of mature dialogue, respectful discussion of differences and a sharing of common concerns can the common desire towards a vision of a pluralist Ireland be achieved.

But he warned that the challenge facing Irish society is great.

“In this Archdiocese of Dublin 18% of the population is under 9 years of age and there are more children under 4 than people over 70.”

“The youthfulness of our population means that our needs in the educational field are growing and growing rapidly. There is very little time to prepare in such a way that every one of those young children will feel that they have real access to the educational services they require.”

Elsewhere in his homily, the Primate of Ireland said God has never created any person that he does not love.

Underlining the importance of education in young lives, the Archbishop said, “There is a sense in which the work of educators is an extension of the work of God, that work of protecting and fostering the good that is in each one of our pupils and allowing them to flourish. It is the process of protecting and enhancing the unique individuality of each of our students.”

He added that children are a sign of kingdom of God and said this had a double consequence.

“Those who neglect or abuse or disregard a child always indicate through their lives that they badly misunderstand who God is or even reject God. There is a sense also that one of the prime ways of determining whether a society is truly Christian or not is by looking at the way that our society treats all its children.” 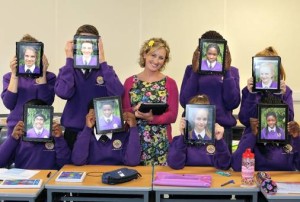 Separately, the first Catholic secondary to open in the country in nearly thirty years will be officially opened today by the Tanáiste, Joan Burton.

An inter-faith prayer service, the theme of which is the school motto: ‘Welcome, Wisdom, Witness’, will be led by the school’s religion teacher, Eoin Walshe. Prayers will be offered by leaders of the major Christian Churches in the area as well as by the Iman from the Blanchardstown Islamic Centre.

Le Chéile Secondary School aims to provide excellence in holistic education while contributing towards community building in the culturally and religiously diverse area of Tyrrelstown and Mullhuddart/Corduff.

It is the only school in the country where teachers are producing all their own teaching resources in order to teach students most effectively. The school uses the virtual learning platform ‘schoology’ to facilitate this and each student has an ipad for school use.

According to the principal, Dr Áine Moran, this ensures that all learning styles are being accommodated and different types of intelligences are acknowledged and encouraged in all classes.