Home > Eighth Amendment > GP organisation will be neutral in Referendum

GP organisation will be neutral in Referendum 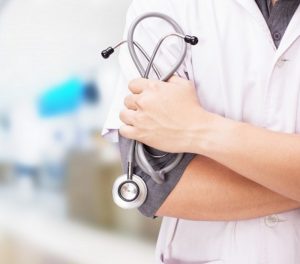 The Irish College of General Practitioners will not have a “formal position” in relation to the Referendum, according to a letter sent by the  ICGP Chair, Dr. John Gillman, and President,  Dr Richard Brennan, to its members on 15th February, saying that the College would support the right of individual members to take their own position.

The letter explains that the ICGP board met on 1oth February where among other things it considered the Referendum and its implications to “core General Practice work”.

“This is an uncertain and evolving policy landscape,” the letter continues. “The Board is very aware that a spectrum of views is present amongst College membership in relation to abortion, and also that GPs may have concerns about the implementation of a service in the future – if a referendum passes and this is provided for by leglislative change.”

Welcoming the move, Niamh UiBhriain from Savethe8th, said the decision was “significant and welcome”. In recent days and weeks we have seen increasing concern from doctors, both those who oppose this proposal on principle, and the significant number who see it as simply unworkable, she said.

Last week the Irish Examiner ran a story saying three out of every four GPs and hospital consultants were in favour of allowing unrestricted access to abortion up to 12 weeks gestation, according to a “substantial survey of medics” – a poll which was discredited shortly afterwards. (cf https://www.catholicireland.net/gp-abortion-survey-fake-news/)

In a follow up Opinion piece in the same newspaper, this week, Dr Máire Neasta Nic Gearailt, spelt out some of the huge difficulties facing the GPs who were expected to run Ireland’s abortion service.

“The fact is that, whatever the view of an individual GP on the abortion issue, we simply are not currently equipped as a profession to cope with what is being proposed by Simon Harris. We lack the facilities, the training, the time, and yes, the resources,” said the GP who had been nominated by Save the 8th to write the piece.

In her article, entitled One doctor reveals why she will be voting ‘No’ on proposed changes to law on abortion, Dr Nic Gearailt said that under the proposed legislation, GPs would be required to prescribe abortion pills to any woman up to 12 weeks pregnant, without seeking a reason for the abortion. “How doctors are to be sure about gestational age, and that they would not be breaking the law, is unclear. Most GPs in Ireland do not currently perform ultrasounds, are not trained to use ultrasounds, and don’t have foetal assessment ultrasonography in their surgeries,” she wrote in the 13th February article.

Providing GPs with this equipment, and training them will be “time consuming and expensive”  in an “already pressurised and under-resourced system”.

Then, the GP explained, that once a doctor was satisfied that a woman had the right to an abortion, he or she had to administer  “two miscarriage-inducing pills over several days” which will cause cramping and heavy bleeding before the baby is expelled. “How are GPs, operating in busy and crowded practices with common waiting rooms, expected to medically supervise this procedure?” she asked.

“Then there is the fact that a great many of us, myself included, simply could not in good conscience administer a drug to a healthy young woman with a healthy pregnancy that would cause her to lose her child. I did not study medicine so that I could end life, and I know that I am not alone in this.”