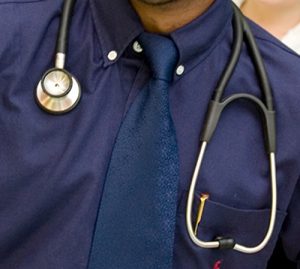 According to Thursday’s lead story, “Three out of every four GPs and hospital consultants are in favour of allowing unrestricted access to abortion up to 12 weeks gestation, the most substantial survey of medics on the issue to date has found.”

However according to Savethe8th, the survey, was based on 388 respondents to a Twitter / Facebook poll, carried out online and respondents did not have to be a doctor or medic to take part.  “The Irish public are being completely mislead. For a broadsheet newspaper to run a news story representing this as the opinions of doctors is not only unbelievable, but actually scandalous,” said Savethe8th. “Even if it were limited to doctors, the poll is self-selecting and unscientific.”

The poll published in yesterday’s edition of the Irish Medical Times, asked readers if they supported or opposed the potential 12-week law due to be introduced if the Eighth Amendment is removed.

Out of 388 respondents, a total of 285, or 73%, said they were in favour of the 12 week rule.  The Irish Examiner noted the “poll did not include responses from all 2,500 GPs and a similar number of consultants in Ireland,” but said it was nonetheless “the most substantial examination of doctors’ 12-week abortion views to date”.

“For the Irish Examiner to claim the findings were ‘the most substantial survey of medics on the issue to date’ creates an entirely false impression. Anybody, not just medics, was able to vote in this poll. The only criteria for voting was a Facebook or Twitter account. The flippant use of such faulty methodology doesn’t auger well for the forthcoming referendum campaign,” said PLC spokesperson Dr Ruth Cullen. 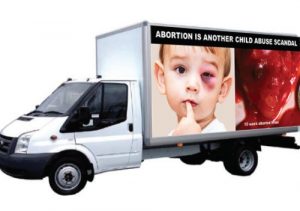 Meanwhile, yesterday afternoon, a van with graphic abortion photos on its side and rear panels operated around Trinity College Dublin, while members of the the Irish Centre for Bioethical Reform provided an “abortion-related education” display on the public walkway outside the University.

The displays have been criticised for their graphic content, but Dr Jean Engela, ICBR Director said it was “essential for us to reach the public with the reality of what abortion represents and those whom it victimises. Abortion advocates are left mostly unchallenged, while hiding the truth and tragedy of abortion on both the pre-born child and the mother.”