The number of Catholics in Germany fell by more than 216,078 last year – a fall of about 1 per cent of the total.

The number of Catholics in Germany fell by more than 216,078 last year and 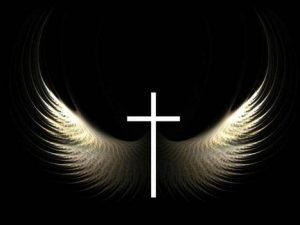 the country’s Protestant churches also lost some 220,000 members, according to statistics jointly published on Friday by the German Catholic Bishops’ Conference and the Evangelical Church in Germany.

Germany’s churches are able to publish up-to-date membership statistics because of the country’s taxation system, where church members can opt to pay up to 9 per cent of their taxable income in centrally collected church taxes. Obviously, the fall in the number of people opting to declare themselves as church members means a fall in revenue for dioceses and church-based charities.

At present, because of the church tax, which is compulsory for all those registered with the civil authorities as Catholics, the German Catholic Church is the wealthiest part of the Catholic Church in Europe.

More worryingly still, last year’s fall is part of a long-term trend. In May this year the University of Freiburg published a study that predicted that the number of people belonging to Germany’s two churches would drop by half by 2060. At present, Catholics and Evangelical Protestants comprise about 45 million people, just over 53 per cent of the country’s total population of 83 million people.

There are multiple factors behind the decline in numbers: firstly, there are adults who are choosing to leave the Church because of scandals involving sexual abuse by clerics and a cover-up of those abuses by church authorities. It is relatively straightforward to “officially” leave the Church and stop paying the centrally collected Church taxes – all one needs to do is make a declaration to the civil authorities.

Another factor is that Germany has an aging population – there are proportionately more elderly people in its population – and religious practice and affiliation are not so strong in the young. There has also been a decline in the number of infant baptisms among Catholics.