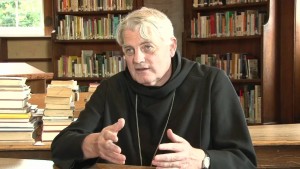 One of the country’s most famous Catholic boarding schools is considering going co-ed in the future according to its Abbot has.

Speaking this week, Abbot Mark Patrick Hederman OSB of Glenstal Abbey said that whatever “the losses, dangers or difficulties, they seem to be out weighted by the gains”.

According to the Abbot of Glenstal, which is based in Murroe in Co Limerick, “Every major decision made in a Benedictine monastery should be the result of discussion and consensus among the members.”

He added, “Co-education is a fraught topic. Although my own already declared view is in favour of such an eventuality in our school, here in our own community the jury is still out in terms of this decision.”

According to Abbot Hederman, who holds a doctorate in the Philosophy of Education from UCD, “It seems unnatural that families who choose this school for their sons cannot send their daughters there as well.”

He added, “Most seem to agree that boys benefit from the civilising effect of co-education; many suggest that such a scenario is not always as beneficial for girls. From the age of 12 to 18 girls develop and mature more speedily and are held back by the immaturity and general oafishness of male teenagers in a pack.”

He continued, “At a practical level problems abound. If you could wave a magic wand and have equal numbers of boys and girls with adequate accommodation and provision for all, it would be possible to envisage a positive outcome for the majority. Trying to achieve such an ideal over a long time, and bit by bit, is bound to affect individual negatively.”

Speaking about the future in Glenstal he said, “Only having day-girls in a boarding school environment, or having a smaller, even a token number of girls to start off with, is unlikely to provide the kind of natural integration which would be necessary.”

“Unless the girls have similar opportunities, facilities and possibilities to the boys at every level of school life from the social to the sporting as well as the academic, you are jeopardising the outcome.”

Currently Glenstal has an enrolment of 237 boys and hopes to expand to 270 boys, it’s highest ever enrolment, by 2017.