Home > Featured > “Give children back their childhood.”

“Give children back their childhood.” 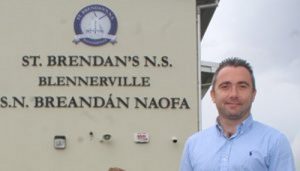 The principal of a Tralee school which introduced a ban on smartphones for 6th class pupils described the trial as a “roaring success”.

The board of management of Blennerville National School in Tralee met with the parents of 6th class pupils for feedback on the eleven-week pilot earlier this week. “Parents reported that the first week was tough when the phones and social media were taken away but after that the children just accepted it and got on with it,” school principal Terry O’Sullivan told RTE’s Morning Ireland. “Parents reported their children engaging in activities that they wouldn’t have been involved in as much before the initiative.”

Mr O’Sullivan said the fact that all the parents “bought in to the initiative” made it easier for everyone.

The ban was for phones in both the school and at home. Communication between the children (play dates, etc) were arranged in traditional ways – going through the phones of parents, who had set up a Whatsapp group to facilitate this. “Here in the school we see a marked improvement in the overall class dynamic and friendships. The class teacher reported that the children are far more engaged now than they were prior to its commencing and it has definitely improved relationships and friendships within the class,” said Mr O’Sullivan.

Sixth class teacher Rose O’Connor told the Irish Daily Mail, which has been campaigning for a minimum age for smartphone ownership, that prior to the ban “whatever issues were going on outside of the classroom, they were coming into the school. The phones were having a damaging effect”. It was extremely difficult to get the kids to focus, she said. “My class have become a much happier bunch since [the ban]. We’re getting back to what school is all about – education.”

A parent also quoted in the paper said it was difficult for the children to adjust but they are now much happier. “At the end of the day 95 per cent had a smartphone. It was like cutting off their right arm,” said Emer Tobin, but she said the parents and teachers handled it well. “My hope is that it will continue,” she said. 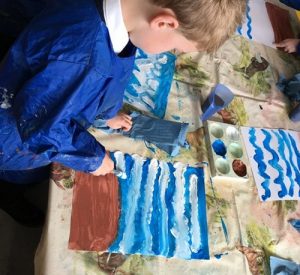 Another parent said her son had been getting some “upsetting” messages. “We had taken the phone off him prior to the ban. He didn’t argue and all the issues had disappeared. Then all of a sudden, his friends didn’t have smartphones either, so it has made life easier for us all,” Nicola Hayes told the Irish Daily Mail.

Blennerville National School has 182 pupils and 16 teachers. At a meeting with all the parents on 19th June, parents and teachers agreed to extend the ban to all classes. “One key message which came from the meeting was: ‘Let children be children again and give them back their childhood’,” said Mr O’Sullivan.

The principal said that gaming could also be addictive so the school wants to address this next. “Many of our parents have seen children turn towards more gaming since the smart devices have been taken away.”

Meanwhile in France, smartphones are to be banned nationwide in schools from September 2018. The ban will apply to all pupils from the time they start school – up to about 15 when they begin secondary school.