Home > News > Rise in number of Germans leaving the Church

Rise in number of Germans leaving the Church 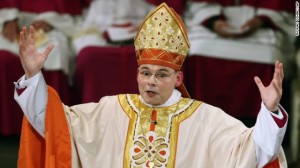 The Church in Germany saw a larger exodus of members last year than the previous year according to new figures.

They suggested it was a contributing factor in the rise in the number opting to formally leave the Church in the second half of the years.

The figure was almost as high as 2010, when the Church was rocked by clerical sexual abuse scandals and 181,000 people left.

In total, the Catholic Church in Germany had almost 24.2 million members in 2013.

In a statement, Cardinal Reinhard Marx, who heads the bishops’ conference, said “the second half of 2013 evidently led to a loss of confidence and credibility.”

On 23 October 2013, Bishop Franz-Peter Tebartz-van Elst was suspended by the Vatican from his episcopal office, a move which was interpreted as a rap for his excesses, totalling €31m, for renovation work on his residence.

Pope Francis permanently removed him as Bishop of Limburg bishop on 26 March 2014.