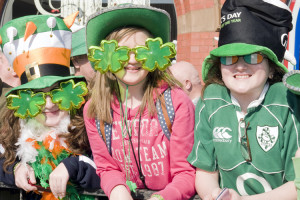 The future of one of the biggest St Patrick’s Day parades outside of Ireland is in doubt after Birmingham City Council announced plans to stop funding the city’s annual St Patrick’s Festival from 2016.

The authority has said it will cut grants that subsidise community events across the city.

As well as cutting the £20,000 to the St Patrick’s day festival, funding for the Eid Mela and Birmingham ride festivals has also been cut as part of a cost-saving package aimed at saving £72 million.

The cuts will come into force from April next year, meaning the St Patrick’s Day parade planned for March will be unaffected and will take place on Sunday 15 March in Digbeth, which is unofficially known as the ‘Irish Quarter’.

However, the organising committee will now have to find extra funding to cover the council grant which helped to pay for road closures, street cleaning, toilets, bins and First Aid.

Speaking this week to CatholicIreland.net the parade’s chairperson and Co Meath native Anne Tighe admitted, “It’s very disappointing. We are thrilled to be able to offer a celebration of Irish heritage each year, which we would not be able to present at the required level of safety standards without the huge support given by the local community and Birmingham City Council’s funded Events Team.”

“It is of the utmost importance we continue to host the St Patrick’s Day parade in Birmingham, it means so much to so many. We call on our supporters to help in anyway they can”.

She added, “In the city, in general, obviously people are upset about lots of things in this budget. But from our point of view, while our funding cut was not a total surprise, it makes things very difficult for us.”

“We are a community group so getting money is very difficult and the money we get from the council covers a substantial amount of the £60,000 cost of running the Festival.”

Festival organisers are now working hard to devise a plan to raise the missing £20,000 needed to secure future events, which covers the cost of a range of resources previously supported by the council, such as road closures on parade day, street cleaning, toilets, bins and first aid provisions.

“Thankfully as the budget kicks in this April (2015), our March 2015 event is secure. But we work a year ahead on the Festival and it is a concern now for us to ensure we are secure for 2016 and beyond,” Ms Tighe said.

“We have to seriously look at other ways to find that money as this year we have cut back on absolutely everything — we don’t have an office, we have cut our running costs back to the bone and we are all volunteers. We can’t cut back ourselves anymore, so that money has to come from somewhere else,” she added.

“Of course, if the community decide perhaps they don’t want the St Patrick’s Festival and parade anymore then we are worrying unnecessarily, but if they do want to keep it we hope they will support it.”

As long-term Chair of the Festival committee, Ms Tighe is confident the event will be secured for at least the next two years.

“We had a street collection during last year’s St Patrick’s Parade, when there were 90,000 people estimated to be in attendance, and collected just £1,200.

“If each person who came to the festival gave just £1 to us, rather than the person who draws a shamrock on their face, then the parade would be covered — it would be secured well into the future.”

When contacted Birmingham City Council claimed they were unable to comment specifically on the cuts to the St Patrick’s Festival funding as they were “yet to be finalised”.

They added, “St Patrick’s Festival is one of several community events suggested as an area for potential savings. But the budget proposals are still a white paper at this stage, and the consultation period was launched this week so no final decisions have been made yet.”

Signed off by council leader, Sir Albert Bore, the white paper for the 2015 budget will now undergo a public consultation period before coming into effect next year.

The theme for next year’s parade is Irish heritage featuring exhibitions of the city’s Irish community each week leading up to the event.

Organisers are calling on the community to share their memoirs, stories and images to help tell the story of the Irish in Birmingham.

A copy of this year’s parade programme can be viewed at http://stpatricksbirmingham.com.