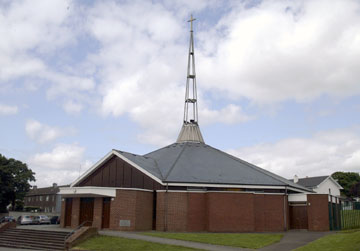 Fr Gregory Howard, parish priest in Knocknaheeny, Cork, recently celebrated the Funeral Mass of Francis Dunne, who was murdered in Cork at the age of 64.

According to The Irish Times, it is understood that Francis Dunne had been staying at the Simon Shelter on Anderson’s Quay in Cork City on a regular basis for two years until he moved to one of Cork Simon’s five high-support houses, Clanmornin House, on Boreenmanna Road in July.

Mr Dunne’s body was discovered by a man searching for his cat on the grounds of the derelict Castlegreina House. Gardaí used fingerprint data to identify the dismembered body of Mr Dunne, as he had suffered substantial injuries to his face and head.

In the days following his death, public tributes have been paid to Mr Dunne by friends and family who remember him and miss him dearly.

During his homily at Francis’ Funeral Mass, Fr Howard reminded participants of the words in Genesis 2:7, “We human beings are made in the image and likeness of God,” and how in the letter of Saint John 3:7 it says, “God is love.”

Fr Howard linked our destiny for love to our concern and prayers for the friends and family of Francis Dunne who have been “robbed of their loving father, grandfather, brother, uncle and friend”.

Fr Howard shared the family’s own description of “Frankie”, as he was called: “You said and I quote: ‘Frankie was interested in everything’, ‘nature’, ‘informing himself’, interested in ‘racing’, ‘cooking’. (He recently cooked a coddle for his family.) ‘He loved tripe and drisheen.’ ‘He tried to make people laugh.’ ‘Frankie never held a grudge.’”

Fr Howard concluded, “Finally, the greatest lesson of all is this. The next homeless person we meet, we might treat them with a little more sympathy and kindness. For whatever we do to the least of our sisters and brothers, we do it to Jesus.”