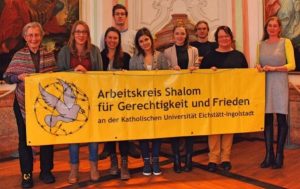 A high profile German human rights award is to be presented to Irish Columban missionary, Fr Shay Cullen, in recognition of his “extraordinary commitment in the field of peace and human rights” through the Preda Foundation.

The 2017 AK Shalom Award is an honour made by the working group ‘Shalom – For Justice and Peace’ based at the Catholic University of Eichstätt-Ingolstadt in Germany.

The prize, which was initiated by a group of theology students at the university, has been awarded annually since 1982.

Seventy-three-year-old Fr Cullen has pioneered justice and peace programmes in the Philippines since he arrived there in 1969.

Last November he was awarded the Hugh O’Flaherty International Humanitarian Award in Killarney.

Fr Cullen has, in recent months, been highlighting the killing of over 7,000 drug users and pushers by police and vigilante groups in the Philippines under President Duterte’s war on drugs.

The 2017 AK Shalom Prize recognises the work of the 54 staff – social workers, therapists, administrators and public educators – who work for the Preda Foundation and are engaged in defending human rights and promoting justice for the marginalised.

Preda is active in rescuing and caring for abused children who have been saved from jails, abusers and brothels. The Foundation offers the victims of abuse a safe home with protection, education, values formation, affirmation, empowerment, healing therapy and restoration of their self-esteem.

It takes legal action against child abusers and campaigns for the rights of the child through governments and the media. 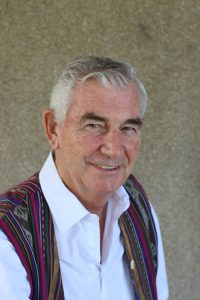 Preda believes that many acts of violence, conflict and war begin with individuals who have been victimised as children.

They may have been victims of violence through words, punishment, rejection, or physical or sexual abuse. Some of these young people carry the urge and tendency to violence and anger-release buried within their psyche.

The Preda Foundation’s healing process is through dialogue, positive relationships and community education through participation.

Preda strives to create a community that listens and learns from victims and gives support, encouragement and healing to victims of violence and abuse.

The prize will be presented to Fr Shay on 4 May in the Catholic University of Eichstätt-Ingolstadt in Germany.

Ulrike Schurr-Schöpfel, a member of the organising committee, commented, “The award is one of the highest donated human rights awards in Germany and includes a substantial donation to the work of the recipient.

“It is important that the people here in Eichstätt and Germany can learn about the situation in other countries. We choose award recipients who very often risk their lives for their work.

“Last year, Bertha Caceres, the recipient in 2012, was killed because she campaigned for the indigenous people in her country, Honduras. We have known about Fr Shay Cullen’s work for some years already, and think it is an excellent project.”

He completed his college education at St Columban’s, Dalgan Park, Navan, and was ordained in April 1969. He was subsequently assigned to parishes in Zambales and Olongapo City, Subic Bay, on the main Philippines island of Luzon.

Believing that poverty, violence and child abuse are barriers to peace and give rise to extremism, he strives to eliminate child abuse and promote respect for children’s rights.

He works for peace by working to change the unjust economic, political and social structures and attitudes that allow such abuse.

His mission for justice and peace is ecumenical, open to people of all faiths. It is based on taking a stand for human rights and protecting the dignity of every person, in particular exploited women and children.