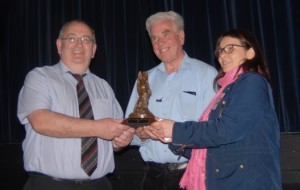 One of the country’s leading campaigners on homelessness has been awarded the 2015 Spirit of the Mother Jones Award.

Fr Peter McVerry, founder of the McVerry Trust, received the accolade, which is hosted by the organising committee of the Spirit Of Mother Jones Festival, held annually in Cork’s Shandon Quarter to celebrate social activism.

“Fr Peter McVerry was the unanimous choice of the entire Cork Mother Jones committee to receive the award this year in 2015,” said Jim Nolan of the committee.

He said, “Fr Peter receives the award in recognition of his unstinting efforts to provide a voice for those without a voice or power in society and for the way he openly challenges the political establishment to find a permanent political solution to this growing problem.”

“He receives it due to his fearlessness in pursuit of a political solution and for how he does not accept the cosy consensus which tries to keep the homeless issue out of sight here in Ireland.

Jim Nolan said the Jesuit also receives it for his ability to raise “the inconvenient truth that Irish society can end this problem by making a political decision, to do so upsets a lot of people in high places, and for his refusal to shut up and go away”.

Speaking of the work of the McVerry Trust Mr Nolan said, “The McVerry Trust under the inspiration and dedication of Fr Peter has worked in the very front lines of finding solutions for homelessness for over three decades and we believe that he is a very worthy recipient of the Spirit of Mother Jones Award 2015.”

The spokesman for the committee added, “We are satisfied that Mother Jones, if she was alive today, would have been very proud of Fr Peter for his ability to highlight the social injustice of homelessness and would support his efforts to put forward solutions.”

“It is a great honour for our committee that he has agreed to accept the award for 2015 as a small token of our appreciation for his efforts.” 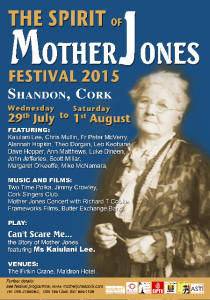 Mary Harris Jones was born in Cork and became a union activist and champion of children’s rights in the US in the late 19th century.

She was known as the “most dangerous woman in America” and “the grandmother of all agitators”.

Renowned for her fearlessness, she once famously addressed a rally in the middle of a gun battle between striking mine workers and hired mercenaries.

“Pray for the dead and fight like hell for the living,” was her motto and she later became known as Mother Jones.

Fr McVerry used the occasion in the Firkin Crane Centre to deliver a talk criticising the “failure of successive governments to invest in social housing”.

In a talk entitled “Homelessness – the failure of social policy”, Fr McVerry, also called for emergency rent controls to stem the flood of homelessness.

Born in Co Down, Fr McVerry made tackling homelessness, social disadvantage, and drug addiction his life’s work as a newly ordained priest in Dublin’s inner city in the 1970s.

From a hostel in a three-bedroom flat in Ballymun in 1980, the Peter McVerry Trust now includes 11 homeless hostels, 100 apartments, and a residential drug detox centre.

Fr McVerry, whose numerous awards include the Freedom of the City of Dublin granted in 2014 and a Pride of Ireland Lifetime achievement award, welcomed the Mother Jones accolade but was keen to recognise the efforts of others in the charity. 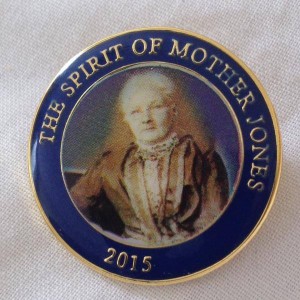 “I get embarrassed with awards because the work that we do is done by 200 staff and a management team and whatever we may achieve for homeless people, they are the ones that do the work and the ones who should get the award,” said Fr McVerry.

“I feel a bit of a fraud getting an award for the work that others have been doing so I feel a bit ambiguous about awards but I appreciate them offering it to me as it does highlight that homelessness in an important issue in society even if it isn’t that important to politicians.”

Previous recipients of the accolade which was awarded for the first time in 2012 include former Birmingham Six Solicitor Gareth Peirce in 2014 and Margaret Aspinall of the Hillsborough Family Support group in 2013.