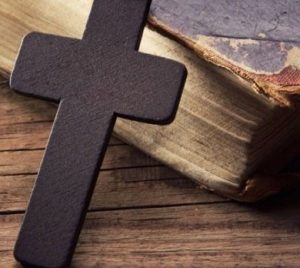 Four female congregations in Cork are joining forces next month to create a “Convent Camino” that will give a glimpse of what life is like in a religious order.

There are four very different religious orders involved, says Sr Karen, vocations director with the Ursuline Order who devised the initiative taking place on Saturday 14 September and running from 10 a.m. to 6 p.m.

The day starts with an opening prayer and morning coffee with the Ola Sisters in Ardfoyle, Ballintemple. “We’ll meet some of the sisters there and chat to them about their charism,” Sr Karen explained. “They are a missionary order that were founded in Africa.

“We will then travel to my own home, the Ursuline Convent in Blackrock, where we will have Mass and lunch,” she explained. “The Ursulines have an interesting backstory. They were founded in Italy and came to Ireland via France. Originally, we were an order where the members stayed in their family homes but now we live in communities.”

The group will then move to the Poor Clare Monastery on College Road. “They have exposition of the Blessed Sacrament and we shall spend two hours with them in Eucaristic Adoration before getting a chance to meet some of the sisters who will be behind their enclosure.

“We will then walk from the Poor Clare’s to the Bon Secours Sisters, an order founded to care for the sick, and their convent is also located on College Road. We will talk with some of their members and share supper with them.”

The day is primarily aimed at raising awareness about vocations to convent life, so it is primarily geared towards women, but Sr Karen says men who are genuinely interested in learning about life in a religious congregation won’t be turned away.

“One of the key ideas we want to put forward is that entering a religious order is not necessarily something you only do when you are a young woman in your early 20s, while of course such women are very welcome,” said Sr Karen. “We want people who have lived some of their life in the world before they come into religious life, because then they are making a discerned choice.

“I joined the Ursulines in 1997 when I was 33 and I entered a common novitiate where there were 10 women belonging to different religious orders and their ages ranged from 21 to 60.”

The Convent Camino is free of charge, but booking is essential to allow for necessary catering arrangements to be made. To make a booking, email Anne-Marie at [email protected] or give Sr Karen a call on 087 791 0785.