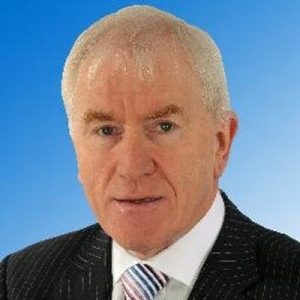 Fr Moore, a Kerry diocesan priest for over 35 years, wrote a daily blog during his illness and was the author of several books.

Speaking about Fr Moore, Mr Deenihan described him as a priest “in the truest sense of the vocation, whose drive, vision and warmth transformed the life of the parishes he ministered in”.

He said he was a priest “who lived Christ’s message in its purest and truest sense”.

Mr Deenihan, who won several All-Ireland football medals with Kerry and who represented the constituency for almost 40 years up to the 2016 General Election, said of Fr Moore, “he was what priests are supposed to be all about, people who bring communities together and promote and encourage what is good in the community”.

Mr Deenihan revealed that he worked closely with Fr Moore on several projects, including the development of a local sports and leisure centre at Duagh, where Fr Moore was parish priest until last year. Mr Deenihan said “He had the trust of his community and that was always reflected in the number of people at his masses in Duagh over the years. He always attracted large congregations and people always commented on his sermons.” 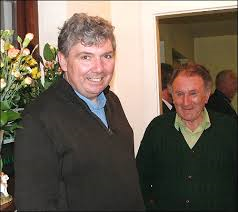 Just last November, Fr Moore’s new book, Weather A Storm, was launched in the Listowel Arms Hotel by his close friend, the film-maker Gerard Barrett. The book looked back on 59-year-old Fr Moore’s career, including his time spent in Rome, Listowel, Gneeveguilla, Lixnaw, Duagh and Lyre, as well as his time growing up in Asdee. He also used some extracts from his CaringBridge blog and his website www.frpatmoore.com.

Speaking at the time about his book, Fr Moore said writing it kept him feeling positive. “I discuss my first illness and how that shaped me for what was ahead,” he said. He added “There is so much in the book about my life and so much more.”

He continued: “Professor Brendan Kennelly said to me ‘the opposite to depression is expression’ and writing the book has kept my spirits up. It has allowed me to become more reflective. I’ve got great support, comfort and inspiration from this site as it keeps lines of communication open with so many friends and acquaintances at home and abroad.”

Fr Moore was laid to rest on Thursday 4 May at Aghavallen Cemetery in County Kerry.