Focus on care for the earth in Catholic Schools Week 2017 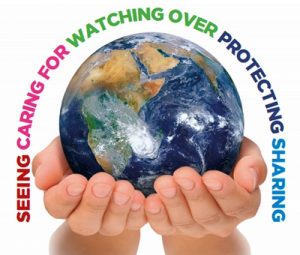 Catholic education is not just worth defending, it’s worth celebrating, according to the General Secretary of the Catholic Primary School Management Assocation (CPSMA), Seamus Mulconry.

“Catholic education is making a massive contribution to this country,” he told CatholicIreland. “It’s played a key role in the integration of new communities into Ireland and is one of the most valuable things we have. It is great to celebrate it.”

Mr Mulconry was speaking in advance of Catholic Schools Week, which begins tomorrow, Sunday 29 January 2017. Paying tribute to the thousands of teachers and Boards of Management who “go above and beyond the call of duty to support schools,” Mr Mulconry said that next to the GAA, the volunteers working on the Boards of Management of Catholic schools were among the biggest contributors of social capital in Ireland.

Marking the start of the 2017 Catholic Schools Week, Bishop Denis Nulty, Bishop of Kildare & Leighlin, will celebrate and preach at the 11.00 am Mass at the Church of Saints Peter & Paul, Portlaoise, tomorrow (Sunday). The Mass will be broadcast by RTÉ on radio and television.

This year’s theme is ‘Catholic schools: Learning with Pope Francis to care for our common home’, based around Laudato Si, the 2015 encyclical by Pope Francis, which became a best-seller.

Catholic Schools Week invites schools to mark the contribution that Catholic primary and post-primary schools make to Irish society and in the mission of the Church.

The week comes following calls by the Minister for Education Richard Bruton to do away with what he terms the ‘baptism barrier’ to entry into Church-run schools where priority is given to children who share the ethos of the school.

The Minister has now opened a four-week public consultation process on the four proposed options for primary schools:

The closing date for submissions from members of the public and groups that stand to be affected is 20 February 2017.

Two weeks ago, in the wake of the Education Minister’s proposals, the CPSMA surveyed schools in the greater Dublin area. Out of the 456 schools surveyed, 384 schools responded on questions relating to admission policy and baptism. Of the 384 schools that responded, only 17 refused enrolment for a reason relating to baptism certificates (4.4 per cent).

The 17 schools were oversubscribed, with an average of 2.1 applications per place.

The survey showed that only 1.2 per cent of those turned down a place in a Dublin school had no baptism certificate.

Most Catholic primary schools, with a few exceptions, lie on property belonging to the Church – to a diocese or parish. Schools divested of their ethos are not sold to the state but often just handed over. “The Church has been remarkably generous in handing over properties to communities at various times,” said Mr Mulconry. But, he added, most local communities were very slow to let their local school change patronage. “There’s a very strong emotional connection between communities and their schools and they don’t like changes even though they may be recommended.”

Resources for Catholic Schools Week are available online at http://www.catholicschools.ie/catholic-schools-week-2017-primary-school-resources/.