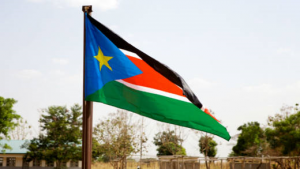 The fifth anniversary of South Sudan’s independence which occurred on 9th July 2011, has been overshadowed by violence.

“There is a risk of genocide in South Sudan. Write it in large letters, so that someone from the international community intervenes before it is too late,” the Church in South Sudan has reported to the Agenzia Fides.

The source in the Church remained anonymous for security reasons, and added: “When fighting with heavy weapons ceases, the massacres against members of rival ethnic group begins. We have seen it too many times in other cities of South Sudan during the civil war that was believed to have ended with the peace agreement in August 2015, but now fighting has started in Juba, the capital, and threatens to plunge the country into a real genocide.”

South Sudan gained independence after 20 years of civil war between north and south Sudan, during which time over two million people were killed. The new nation inherited limited infrastructure, a lack of services and extreme poverty. 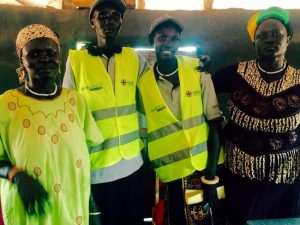 “While there were some signs of development and infrastructure being built in its first two years, progress was slow and people were not getting access to health services, education or enough food,” writes Meabh Smith from Ireland’s aid agency Trócaire.

The situation worsened with the political crisis and conflict and violence re-ignited in 2013. From December 2013 some 1.5 million people fled their homes and 500,000 escaped to nearby countries.  The economy subsequently collapsed and the South Sudanese pound has depreciated by 90%. South Sudan is now also facing its worst food shortage in history, with 4.8 million people hungry before harvests are expected next month. Rainfall has been poor and hunger is increasing. 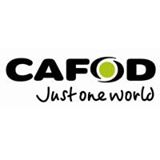 Trócaire and its UK partner, CAFOD, are working in the Yirol region to provide 4,800 people with food, and supply clean water to communities. Cash vouchers are being made available so people can buy food to meet immediate needs and Trócaire is also funding livelihoods projects to help people feed themselves in the long-term. The Irish charity is also promoting health and sanitation among communities who are both in conflict zones and have fled their homes.

Many people in South Sudan have experienced or witnessed violence including rape and Trócaire is working closely with local communities of the Catholic Church level to build peace and to help people to recover from the trauma of war. 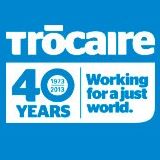 In her blog Meabh Smith concluded that there is a greater degree of stability in South Sudan than during the worst of the civil war. However as the country marks five years of independence, its people need the situation to improve under the new transitional government, so that they can finally return to their homes and experience peace and development.

Agenzia Fides has reported on the immediate situation that in Juba the military loyal to President Salva Kiir and former militants of the First Vice President Riek Machar are fighting each other.

Sunday 10th July was particularly bad according to the Church sources. “A UN camp where thousands of people have taken refuge was hit.” They accuse the local politicians of not caring about their own people and even destroying the capital, which was the only city that remained intact.