Up to 30 Irish prisoners abroad are being denied the opportunity to transfer home to a prison in Ireland. Following a Supreme Court ruling last year there have been no transfers, as the Irish government and authorities continue to deliberate on the consequences.

“It is very disheartening and for me I find it upsetting. I can only begin to imagine what effect this is having on prisoners and their families,” said Fr Gerry McFlynn, chaplain manager at the London office of the Irish Council for Prisoners Overseas (ICPO), which was set up by the Irish Catholic Bishops.

The chaplain, who visits up to 50 prisons a year in the UK, was speaking on the Today with Sean O’Rourke radio programme along with Brian Hanley, ICPO coordinator, Dublin.

Fr McFlynn explained that many prisoners request repatriation because all their family members live in Ireland. They have fulfilled all the requirements for repatriation, which prisoners can avail of since Ireland became a signatory to the international Transfer of Sentenced Persons Act, which allows for foreign prisoners to be transferred to their own country.

“It is one thing to punish a prisoner, if punish is the right word in this context, but it is quite another to punish his or her family,” he said, explaining that the costs of travelling to the UK to remote prisons can be “astronomical”.

He said he knows a prisoner who has not seen his partner and three children for five years. Another was hoping to get back to Ireland to see his ailing father, but the father died before his transfer took place. Yet another was on the verge of being transferred only to have the move stopped because of a court decision.

“Because of the situation at the moment and the lack of action [on this issue] many prisoners and their families are living lives of quiet desperation,” said Fr McFlynn.

The repatriations stopped two or three years ago when three prisoners who had been transferred from the UK back to Ireland took a court case. They were released because they argued successfully that they would have been eligible for earlier release had they stayed in the UK.

Their case highlighted differences between sentencing regimes in the two jurisdictions and may necessitate law changes, according to politicians. The ICPO argues that every case is different and there is no need to stop all transfers because of one difficult and very complex case. ICPO Coordinator in Ireland Brian Hanley said that families and prisoners have been “left in Limbo”. 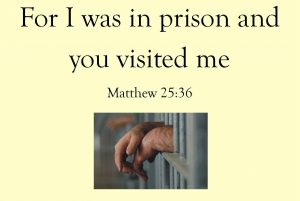 Around 1,200 Irish prisoners overseas seek ICPO help. The charity, which was established in 1985 by the Catholic Bishops’ Conference as a pastoral response to concerns about the number of Irish men and women in UK prisons, said the number of Irish citizens imprisoned overseas may be higher.

The majority of  ICPO clients are in prison in Britain (see catholicireland.net 18 August 2013). The ICPO also has clients across Europe, USA, South and Central America, Australia and Africa.

Over the last few years, there has been an increase in the number of young people contacting the ICPO from Australia as the number of Irish people living, travelling and working in that country has increased.

The ICPO operates a ‘Pen Friend Scheme’ which involves volunteers based in Ireland who correspond regularly with ICPO clients abroad.

In the 1980s, the ICPO highlighted miscarriages of justice in the UK, including the cases of the Birmingham Six and the Guildford Four.