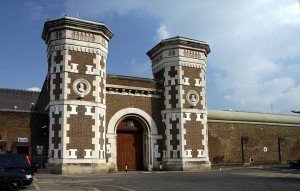 The Irish Council for Prisoners Overseas has revealed it is helping 1,054 Irish prisoners overseas currently and warned that number of those who may need help may be even higher than that.

In a statement issued in response to media queries concerning the imprisonment of Irish citizens abroad, the ICPO said it currently had 1,054 open cases, i.e. prisoners who are currently receiving ICPO assistance.

However, the charity, which was established in 1985 by the Catholic Bishops’ Conference as a pastoral response to serious concerns regarding the number of Irish men and women in UK prisons, said the number of Irish citizens imprisoned overseas may be higher.

There are 976 ICPO clients who are in prison in Britain at this time. In addition, the ICPO has a significant number of clients spread throughout Europe and the US. It also assists prisoners in South and Central America, Australia and Africa.

It works for all Irish prisoners wherever they are and makes no distinction in terms of religious faith, the nature of the prison conviction, or a prisoner’s status.

The ICPO’s objectives are to:

– identify and respond to the needs of Irish prisoners abroad and their families;

– research and provide relevant information to prisoners on issues such as deportation, repatriation and transfer;

– engage in practical work in aid of justice and human rights for Irish migrants, refugees and prisoners at an international level;

– visit Irish prisoners abroad when possible both in the UK and elsewhere.

ICPO clients require support in relation to a range of issues, including repatriation, deportation, health and legal matters, discrimination, ill-treatment and access to post release support and accommodation.

In addition to providing advice and support on these issues, the ICPO also administers a hardship fund which provides direct, effective and meaningful support.

This fund modestly assists clients who are unable to access basic necessities, such as food, water, clothes and medical treatment.

ICPO funding sources include the Irish Catholic Bishops’ Conference, the Society of Saint Vincent de Paul and the Department of Foreign Affairs in Dublin.

Irish people are imprisoned abroad on a wide range of offences. In Britain and the US, the reasons for imprisonment vary greatly.

In South and Central America there are a higher proportion of drugs-related offences.

Over the last few years, there has been an increase in the number of young people coming to the attention of the ICPO from Australia. This seems to correlate with the recent increase of Irish people living, travelling and working in this country.

In some countries, prison conditions are a major cause of concern and prisoners experience extreme hardship, with limited access to food, water and medical treatment.  Prison overcrowding is a serious problem in some countries.

Many prisoners overseas experience extreme isolation. The ICPO operates a popular ‘Pen Friend Scheme’ which involves over eighty letter-writing volunteers based in Ireland who correspond on a regular basis with ICPO clients abroad.

The ICPO also publishes a newsletter, ICPO News, twice yearly and also distributes a Christmas and St Patrick’s Day ‘mailout’ to clients. For some prisoners this may be the only communication that they have with the outside world.

The ICPO feedback is that clients greatly appreciate this communications link with home.

Irish prisoners overseas are at a disadvantage, as they don’t have the same opportunities to prepare for release as people imprisoned in Ireland.

The ICPO provides Irish prisoners with advice and support in advance of their release and assists them in accessing the supports that they will require upon their return to Ireland.

In the 1980s, the ICPO was actively involved in highlighting miscarriages of justice in the UK, including the cases of the Birmingham Six and the Guildford Four.

The ICPO strongly believes that every person is entitled to due process and to have their human rights protected.

The ICPO London office sits on the steering group of Progressing Prisoners Maintaining Innocence (PPMI) which is an influential body of prominent academics, legal experts, campaigners and religious figures who seek to assist those prisoners who have served many years in prison because they continue to maintain their innocence.  ICPO also refers clients to Fair Trials International where appropriate.