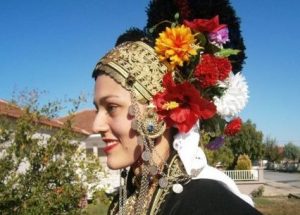 A host of churches and church-related venues opened their doors to the public for Culture Night on Friday.

The venues included Clonliffe College, which is next door to Archbishop’s Palace in Dublin. The seminary, formally known as Holy Cross College, hosted an evening of reflection music and drama on the theme “A Tale of Two Popes”, which looked at the visits to Ireland of Saint Pope John Paul II in 1979 and Pope Francis last month.

The two visits were compared and contrasted in a display of images and documentary material collated by diocesan archivist Noelle Dowling. There was a programme of music throughout the evening that included a live version of Songs of Praise, featuring dramatic inserts devised by Professor John McCafferty, resident of the Irish Manuscript Commission, and historian Dr Brian Casey. That was followed by a concert featuring choristers from Loreto Rathfarnham, Holy Faith Killester and the Dominican College on Friffith Avenue.

Elsewhere across the country, churches of every denomination hosted Culture Night activities, with more than 40 church-related events being held.

Events included a School of Music concert at St Iberius Church, Wexford; an audio-visual presentation at the Church of St Nicholas of Myra in Dublin’s Liberties; a gala concert by Kinsale Amateur Orchestral Society in the town’s St Meltrose Church; a guided tour of the ruins of Ennis Friary by the OPW; a performance of The Quiet Tree in St Peter’s (“The Tin Church”) in Castleblaney, Co. Monaghan; a programme of organ music by Bach, Beethoven, Handel, Mozart and Mendelssohn at St Finian’s Lutheran Church in Dublin; a guided tour of St Francis Xavier’s Church in Dublin; and an exhibition about Greek Orthodox traditions in the Church of the Annunciation in Arbour Hill, Dublin.