Euthanasia is not palliative care: COMECE

Euthanasia does not form any part of palliative care the Commission of the Bishops’ Conferences of the European Community (COMECE) has warned.

In an opinion document published by COMECE’s Working Group on Ethics in Research and Medicine, Euthanasia is defined as all behaviour with the aim of provoking death in order to avoid suffering.

“It is vital to avoid all ambiguity on this subject,” the working group said and added that, “Intentionally bringing on the death of a patient, even if he asks for it, does not constitute caring for him.”

The European Commission is currently working on a European framework on Palliative Care and the COMECE Working Group on Ethics in Research and Healthcare has produced its Opinion document in order to contribute to the discussion around this new Framework.

Set in the context of the ongoing discussion at EU level, both within the EU institutions and in wider society, the report reflects on how medical competence is best combined with the most humane techniques adopted by health professionals to guarantee an optimum level of care for a vulnerable and dependent population group.

The report states that the time is ripe to enshrine in the legislation of each Member State a right to access to palliative care for every sick person whose condition requires it, to ensure that this right is respected and therefore to develop palliative care to the extent necessary, and to this end to create a sufficient number of institutions adapted to the needs and the culture of the country and to grant them the resources and the means that are necessary. 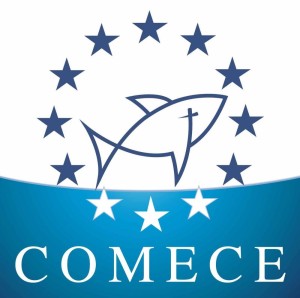 This requires that political decision-makers in every country should be aware of their health system’s deficiencies in this field, and they should have a firm desire to provide a solution.

This mobilisation of public authorities depends partly on the reaction of the population which currently remains, in too many countries, poorly informed and insufficiently aware.

It also notes that as European society gets older, an increasing number of elderly people require palliative care.

In a recent report on ageing published by the European Commission, a forecast predicts that in 2060 the proportion of people aged 80 and over in the EU28 will pass from 5% to 12% of the population, while the proportion of 15 – 64 years will fall, dropping from 66% to 57%.

In this scenario, the care of old people, especially palliative care, will acquire a growing importance in the health systems of Member States.

“It is vital to acknowledge this, to spread awareness in the general public, to develop the requisite health and social institutions, and to train good healthcare workers in sufficient numbers” the opinion states.

Particular attention should be paid to groups of people who are especially vulnerable, to members of ethnic minorities, to children suffering from incurable diseases, to old people with their specific needs and most particularly to those who are accommodated in medical-social institutions for whom in certain countries the organisation of care is especially problematic.

It warns that there is no justification for limiting palliative care just to patients suffering from cancer, as was the case when it was first being developed.

“It has until now been a precious accompaniment for cancer patients, but today there is a great variety of diseases characterised by chronic progressive deterioration, often linked to old age, which can benefit from this type of assistance”

The Working Group on Ethics in Research and Medicine monitors and prepares opinions, reports and contributions to the EU debate and on the EU-policy in the areas of research, innovation and healthcare. It also follows the work of the European Group on Ethics (EGE).

Its President is Fr. Patrick H. Daly (COMECE General Secretary) and its Secretary is José Ramos-Ascensão (Legal adviser at the COMECE secretariat).

The members of this Working group are experts in the field of ethics, law and science nominated by the EU Bishops’ Conferences.