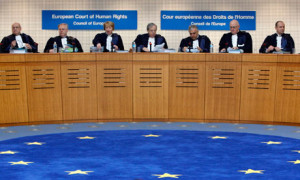 Religious freedom advocates across Europe have welcomed the European Court of Human Rights’ reaffirmation of the principle of the institutional autonomy of religious communities with regard to the State.

However, the decision had a very narrow majority of 9 votes to 8.

“The Court reaffirmed that believers’ rights to freedom of religion implies that their community can operate peacefully and be autonomous without the State’s arbitrary interference,” Grégor Puppinck, Director of the ECLJ (European Centre for Law and Justice) said.

The case before the Court, Fernández-Martínez vs Spain (no 56030/07), involved the non-renewal of a priest’s contract as a Catholic religion and moral education teacher.

A newspaper article revealed that he was married and involved in a movement opposed to the teachings of the Church (a pro-married priests group).

Once this became known, his bishop did not renew the agreement authorising him to teach, which led to the non-renewal of his work contract by the State.

In Spain, religion teachers are approved by religious authorities and employed by the State.

The priest argued that the State’s decision not to renew his contract had violated his fundamental rights, including privacy and freedom of religion, and was discriminatory.

However, the Court stated it was not unreasonable for the Church to expect particular loyalty of religious education teachers, since they could be regarded as its representatives.

Any divergence between the ideas to be taught and the personal beliefs of a teacher could raise a problem of credibility when that teacher actively challenged those ideas.

The Iona Institute highlighted the court’s assertion that the plaintiff’s private life in this case was overlapping with his professional life, namely his job as a teacher of the Catholic religion in a State school, and could not be considered strictly private.

The court noted: “In the present case the interaction between private life stricto sensu and professional life is especially striking as the requirements for this kind of specific employment were not only technical skills, but also the ability to be ‘outstanding in true doctrine, the witness of … Christian life, and … teaching ability’… thus establishing a direct link between the person’s conduct in private life and his or her professional activities.”

The ECLJ was involved in the case as a representative of the Spanish Episcopal Conference.

“It is appropriate to welcome this judgement by the Court; however, it is surprising and worrisome that it was adopted by a one vote majority, because if similar events had occurred within a business, there is no doubt that none would have challenged the employer’s right to dismiss a publicly disloyal employee,” Grégor Puppinck, Director of the ECLJ, said.

He stated that some judges in this case wanted to conduct a trial of ecclesiastical celibacy, as the plaintiff had asked.

Instead the judgment “constitutes a new phase in the recognition and respect of the freedom of the Church in the heart of and towards the European society. The ECLJ is pleased to have been a part of this.”