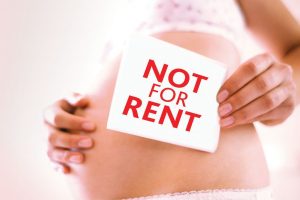 The pro family Iona Institute has welcomed a ruling by the European Court of Human Rights’ Grand Chamber overturning an earlier ruling in a case involving an Italian couple who used a surrogate mother in Russia to have a child to whom neither of them was biologically related.

On Tuesday, in a ruling ‘Paradiso and Campanelli v. Italy’, the court held that the Italian authorities were within their rights to remove the child from the couple in 2011.

This reversed a previous ruling in which the European Court held that Italy violated the right of the married couple to recognise the child as their own, despite there being no biological tie.

Donatina Paradiso and Giovanni Campanelli from Colletorto in Molise used the Russian law firm Rosjurconsulting, which specialises in reproductive law and surrogacy, after several failed attempts to conceive through IVF.

The baby boy was born in Moscow in February 2011 to a surrogate mother via IVF.

The couple were registered as the baby’s parents, in accordance with Russian law, but without any indication that the child was born through surrogacy.

They were later provided with documents from the Italian Consulate in Moscow allowing the child to leave for Italy.

But when the couple attempted to register the birth in Colletorto, they were accused of fraud after the Italian Consulate informed authorities that information provided on the child’s birth certificate was incorrect.

A DNA test later that year revealed that Campanelli was not the child’s biological father.

Under Italian law, the person who gives birth to a baby is legally its mother, and the use of surrogate mothers is illegal.

In October 2011, the Campobasso Minors Court ruled that the child be removed immediately from the couple and placed under guardianship, on the grounds there was “no biological relationship between them” and because there were doubts over the couple’s ability to raise a child.

The baby was placed in a children’s home, without Paradiso and Campanelli being informed of its location or allowed any contact, and in January 2013 the child was entrusted to foster parents. The child’s biological mother could not be traced.

In its ruling, the ECHR said the Italian state had violated Article 8 of the European Convention on Human Rights enshrining the right to respect for private and family life.

Although Paradiso and Campanelli, aged 48 and 60 respectively, had spent only six months with the baby, the court considered the period to have “covered important stages in his young life and they had behaved as parents towards him during that period”.

However, Tuesday’s ruling highlighted that the Italian authorities removed the child from the parents in order to protect other children. They did not want to see what amounted to a market in children being created.

According to the Iona Institute, what the couple did was, “in effect, to order and buy a child that was not theirs”.

The Italian State wanted the child to be adopted by another couple instead.

The adoption process was begun but the couple went to the European Court of Human Rights in the hope of winning the right to become the child’s legal parents.

According to the Iona Institute, the decision by the European Court of Human Rights is quite narrow in scope.

“The fact that neither one of the couple has a biological relationship with the child was decisive. It was on this ground that the court has now decided they are not a family under the Convention.”

However, the Institute also highlighted that the decision has “nothing to say about cases where one of the couple might be biologically related to the child, nor does it require signatories to the Convention to follow the Italian path, but it is a step in the right direction because if the original ruling had stood, it would have put big pressure on signatories to the Convention, including Ireland, to authorise what amounts to baby-buying”.

Surrogacy per se, the Iona Institute underlined, remains “deeply problematic because it always divides the mother of a child into two people (the birth or surrogate mother, and the biological mother who provided the egg)”.

The Iona Institute statement concluded, “because the women who effectively rent out their wombs (even so-called ‘non-commercial surrogacy’ involves big payments), are nearly always poorer than those who use their wombs, the practice is almost inherently exploitative.”