Home > News > Drop in numbers travelling to UK for abortions

Drop in numbers travelling to UK for abortions 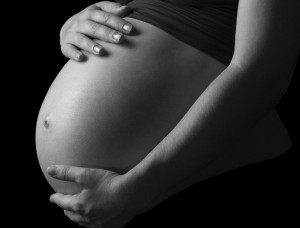 The number of Irish women travelling to Britain for abortions has decreased for the twelfth consecutive year according to statistics released from the UK’s Department of Health.

Welcoming the decrease, Cora Sherlock of the Pro life Campaign (PLC) said that while every abortion was an immense human tragedy, the “huge drop in numbers travelling to Britain for abortion over the past 12 years is a positive development”.

Niamh Uí Bhriain from the Life Institute also welcomed the news and said the numbers travelling for abortion had dropped “as supports for mothers in crisis have improved and awareness of the humanity of the unborn children has improved”.

According to a report from the HSE/Crisis Pregnancy Programme published in 2012 (Irish Contraception and Crisis Pregnancy Study 2010) more women now regret their abortions.

“In that study, 44 percent of women expressed varying degrees of regret about their abortions up from 33 percent in a similar HSE study in 2003,” Cora Sherlock explained.

She said the “outright refusal” of groups like the Irish Family Planning Association (IFPA) to acknowledge the evidence of abortion regret was a huge disservice to women.

“Likewise the legislation introduced by the Government last year which provides for abortion in the case of threatened suicide is not based on a shred of medical evidence.”

“While this law has not been fully activated yet in the absence of Department of Health regulations, it will inevitably in the years to come lead to an increase in the numbers of abortions taking place as all it takes for an abortion to be granted is for two like-minded psychiatrists to sanction away the life of an unborn baby without having to base their decision on any medical evidence whatsoever.”

Commenting on this statistic, Ms Uí Bhriain said it was a “worrying trend”.

“This is the model of abortion provision that has now arisen in Britain: I don’t think it’s a model we want to follow in Ireland,” she said.

She noted that in its yearly response to the statistics from Britain, the Irish Family Planning Association “have never welcomed the decrease in the numbers of abortions, but instead try to use these figures to push for abortion on request in Ireland. We need more support for woman, not the British model of abortion.”