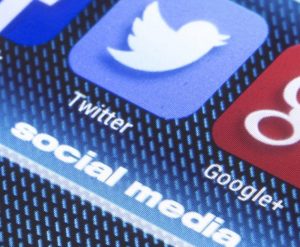 A spokesperson for the LoveBoth campaign has described the Google ban on ads relating to the referendum as an “astounding attack on our democracy”.

“People are entitled to hear and they need to know that this proposal is for abortion for any reason up to 12 weeks when a baby has a face, is kicking and moving in the womb and has a beating heart. Online advertising is a very important way to get that message out, particularly in a country like Ireland at the moment where politicians and Yes campaigners are so slow to discuss what’s in the proposal,” Cora Sherlock told CatholicIreland.

Asking where the decision had been taken, Ms Sherlock said that if it had been made in America, “then that amounts to foreign interference in the democratic process in Ireland. Our public representatives should be asking for a meeting with Google in order to address this.”

Reacting to the Google announcement, Together for Yes said the move would “ensure a level playing field between both sides of the referendum”. However, David Quinn from the Iona Institute said the ad ban would affect the pro life side “100% more” than the Repeal side. “That is why the Repeal side are happy about it.

“They know that the mainstream media are, in the main, doing their work for them,” the Director of the Iona Institute told CatholicIreland.  “The coverage of mainstream media is dominated by the Yes side talking points with its complete overemphasis on the hard cases.”

LoveBoth spokesperson Cora Sherlock called on people not to be silenced. “Redouble your efforts. Get involved more now than you ever have before and show these people that they cannot shut down debate in Ireland,” said Cora Sherlock. “They cannot say that the people of Ireland don’t have the right to hear on an ad about the amazing development of the unborn baby, a baby whose heart starts beating at three weeks and whose life will be on the line if this proposal goes ahead. That’s what Google is trying to shut down.”

She called on people to get involved in canvassing and to come to the Stand up for Life rally on Saturday in Dublin.

David Quinn invited those on the No side to “share all the pro life videos” they see and make their posts on Facebook public “so they can be seen by more than their friends, because their friends are likely to be like minded. You just have to suffer people coming on and being abusive on their FB page for the duration of the campaign.”

Facebook has not barred ads once they come from within Ireland. “Google should have copied Facebook which is preventing foreign funded ads only. They are not banning all ads,”  he added.