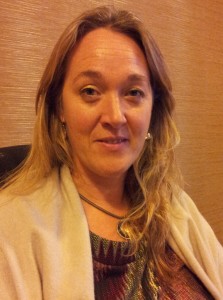 A spokesperson for a new group campaigning for radical reform of the proposed Children and Family Relationships Bill has said it needs to be revised to better take into account the best interests of children.

Dr Ray Kinsella of Mothers and Fathers Matter told CatholicIreland.net that the draft legislation as it stands is focused on the preferences and choices of adults and not the best interests of the child.

He said the new group is “trying to open up the debate to ensure that it is informed by other countries’ experience”.

He said it is in the best interest of the child that the child’s link to its natural mother and father remains “absolutely paramount”.

According to Dr Kinsella, those framing the legislation need to listen to the personal experiences of people like Dr Joanna Rose, who was donor conceived in the UK.

“First hand authentic experience is hugely important and what this does to children; and what effect it can have in their lives, their relationships and their ability to grow and lead really worthwhile and productive lives,” he said.

He said one of the key concerns for members of Mothers and Fathers Matter is that the legislation should not be ideologically driven.

“It would be quite wrong for an ideology to drive what is much more important than that – it is matter of life and a matter of ethics and it concerns the interests of the child.”

Dr Kinsella also expressed concern that the “conceiving and nurturing of a child should be increasingly being crowded out by a contractual and commercially-driven business.”

He added, “We have the chance in Ireland to get this right and do the right thing and not the easy thing. We want to ensure that in framing any legislation, that at the heart of this is the interests of the child. Not fine words that are spun on the title of the legislation – we want to see the substance there and we want to see a rigorous and open debate.”

He added that it was very important that politicians would not be constrained by the whip system on this legislation.

In her presentation on Wednesday morning, Dr Joanna Rose told the conference that children conceived via donated sperm or eggs are entitled to know who their genetic parents are in the same way as adopted children are.

Dr Joanna Rose, who was conceived in the UK through a sperm bank, also warned that the proposed Children and Family Relationships Bill is not child-centric enough and she highlighted how many of the issues affecting donor conceived children mirror those who have been adopted.

She said no one is addressing the rights and needs of these children.

“There is no single body out there set up to adequately protect the best interests of the child in reproductive technology,” she warned.

“We need to take this issue out of the hands of the medical experts and the infertility pressure groups and put it in the hands of people who have been most affected – the children,” Dr Rose said.

Warning that there are a lot of legacy issues for the children, she said “it is not as glossy as people campaigning for donor conception portray”.

The Government’s draft Children and Family Relationships Bill is intended to deal with the increasing diversity of families in Ireland. It proposes changes to the laws on adoption, custody and assisted human reproduction.

It also includes a provision allowing a donor-conceived child to trace his or her identity and banning anonymous donor eggs or sperm. Fertility clinics and hospitals will be required under the proposed law to provide details of donors and children to a national register.

However, Joanna Rose warned that donor conception is not about child protection but child production and the commercial interests of the fertility business.

Many of the thousands of donor offspring were left with issues of anger over questions of identity and genetic heritage which were not dealt with.

“The expression ‘Blood is thicker than water’ means something to people for a reason”, she said and added that the possibility that her genetic father could have fathered between 200-300 children made her fearful about who and where her half siblings might be.

She said for donor offspring there are issues of fear of genetic sexual attraction, issues of loss, and feeling abandoned.

Her seven year legal battle in the British courts resulted in a change in the law to end anonymity in relation to donor conception.

But because she is 42, her situation pre-dates that 2005 change in the law and so legally she is not entitled to know who her genetic father is.

The mother of two was told by the fertility clinic involved in her case that her records had been destroyed in an office fire and a flood.

“I would have liked at some stage to have met my genetic father and to have been lovingly acknowledged by him and to have a significant relationship with him where I could work out where I am similar to him and where I am different,” she said.