Home > Eighth Amendment > Who am I to deny unborn children of future the right to life?

Who am I to deny unborn children of future the right to life? 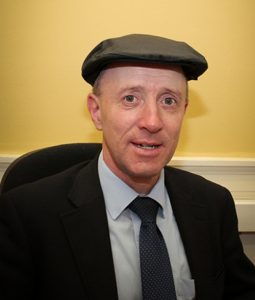 There was one pro-life voice in the opening debate on the repeal of the Eighth Amendment on Wednesday in Dáil Eireann.

Independent Deputy, Michael Healy Rae said he wanted to talk about “the unborn children of the past, the present and the future”.  Ireland has progressed, he said. “We have seen what happened and the awfulness of the Kerry babies case which we debated earlier today. Nobody wants an Ireland like that. Nobody wants an Ireland where, if a young lady becomes pregnant, it is as if there is something wrong with her because she became pregnant. That is a total abomination to me.”

The Ireland of today was different, he said.  There were “back-up services, support and family support” for pregnant women.

“We are at a stage now where if a person becomes pregnant and they want to have the child, all the supports are there. If they cannot see their own way to keeping the child, there are so many parents and young people in this country who would give anything, even the last euro in their pockets, to have a child of their own,” he said.

Deputy Healy Rae was the twelfth speaker in the debate considering the recommendations of the Joint Oireachtas Committee on the Eighth Amendment, which recommended repealing the amendment which protects the right to life of the unborn, and legislating for abortion up to twelve weeks without restriction. The Kerry deputy said these recommendations were wrong and the committee was “weighted one way and not the other”.

The Citizens’ Assembly and the Oireachtas Committee did not hear from even one person representing the lives saved by the Eighth, he said. “How can that be fair?” Buried beneath all the spin against the Eighth Amendment is something very positive. “It is a story of hope against the odds,” he said, recalling one woman he spoke to who had contemplated abortion.”She says the time it took her to book an abortion and get ready to travel to England was the time she needed to change her mind.”

Minister for Health Simon Harris, opened the debate, saying the issue brought us “face to face with our history” including the  Magdalen laundries, the mother and baby homes or the Kerry babies case. “All these are connected by the way we as a country have treated women, and particularly the way we have treated pregnant women,” he said.

The Minister for Health then enumerated the number of women with addresses in Ireland who had travelled to Britain last year for abortion (3,265 to the UK alone). “It is estimated that at least 170,000 Irish women have travelled to other countries for abortions since 1980,” he said.

Noting the “sensitivities and complexities of this issue” the minister said that no matter what divided the deputies, “I accept that all of us are trying to do what is right.” Minister Harris said abortion was a reality for women living in Ireland today, who were taking abortion pills purchased on the internet. “I believe the people in this country trust women and trust their doctors to make these difficult decisions [relating to abortion],” he said recommending the removal of the Eight amendment and allowing abortion up to the three months without restriction.

Responding to Minister Harris address, Cora Sherlock of the Pro Life Campaign, said that the people who campaigned for the Eighth Amendment in 1983, did so out of a “genuine concern for human rights and respect for the dignity and value of every human life, born and unborn”.

For the minister to depict those responsible for the Eighth Amendment in the way he did, is despicable and wholly unjust, she said. “The proponents of the amendment were not just involved in campaigning for its passage, they were also personally involved in different ways in providing care and support to women and families in difficult situations.”

Ms Sherlock said, “Many people involved in the pro-life movement today, became involved for very personal reasons. Some are parents who contemplated abortion only to change their minds at the last minute. Others are women who had abortions, and now deeply regret the decision.

After Minister Harris’ presentation, fourteen deputies spoke in the debate. With the exception of Deputy Healy Rae, all were in favour of Repealing the Eighth Amendment, described by Sinn Féin’s Mary Lou McDonald as the “reactionary codification of the suppression of women”. None referred to the rights of unborn children.

The debate on the Oireachtas recommendations on abortion continued yesterday afternoon.