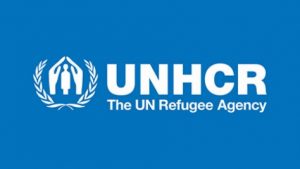 on their asylum claim, and this delay hampers their integration into society.

This is according to UNHCR, the UN Refugee Agency, which has called for immediate action to reduce backlogs and cut the length of time people are waiting for a decision on their protection applications to six months.

“UNHCR’s own research shows that long periods of time spent in State-funded accommodation is leading to dependency and disempowerment among many people seeking protection, hampering their integration prospects,” said Enda O’Neill, Head of Office with UNHCR Ireland.

Speaking on the occasion of a conference, ‘Beyond McMahon – the future of asylum reception in Ireland’, he said that asylum seekers are now waiting an average of 19 months to be interviewed by the International Protection Office (IPO) at the Department of Justice and Equality, unless their case is prioritised, and they may wait for up to two years for a final decision on their asylum claim.

“The introduction of a more general right to work from June, for those who can avail of it, should ease some of the stress people experience while waiting. Ultimately, however, they need certainty about their fate to move forward with their lives,” he said.

Provisional statistics from the Irish authorities for 2017 indicate that there were approximately 5,200 people awaiting a decision at the IPO at the end of 2017. This increased by more than 1,000 over the previous 12 months in spite of the introduction of a new single procedure in December 2016 intended to reduce processing times to 6 months.

UNHCR explained that European Union law requires states to ensure that decisions are made in a timely manner, and normally within six months. Such time limits are enshrined in the national laws of many countries. Under Irish law, if this six-month time limit is not met, the Department of Justice and Equality only has to give the applicant an estimate of the decision time on request.

UNHCR stated that shorter processing times will make savings for the State. “Each year one person spends in direct provision costs the state €10,950,” said Enda O’Neill, referring to figures in the 2015 McMahon Working Group report. “The cost of processing is a fraction of this amount. Investing in decision making not only improves outcomes for refugees, but also makes financial sense. 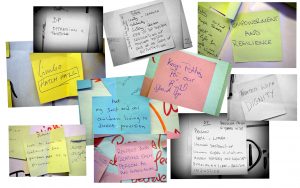 Enda O’Neill chaired a panel at the ‘Beyond McMahon – the future of asylum reception in Ireland’ conference in Cork on Wednesday 25 April. The conference was organised by Nasc and UCC Centre for Criminal Justice and Human Rights.

At the conference, retired Judge McMahon, who chaired a review of Ireland’s treatment of asylum seekers, said that insufficient funding and resourcing mean that long delays in processing applications for asylum continue. He said that despite the introduction of a single procedural system in 2016 promising decisions within six months, it still takes too long for a decision.