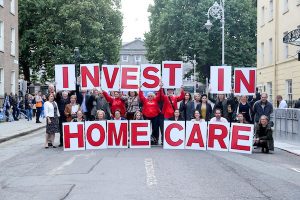 Charities have called on the Government to restore funding to meet increasing demands on their services.

A *survey has revealed that one third (34%) of charities surveyed have reported a drop in their income, while more than two-thirds (71%) have seen an increase in demand for their services.

Charities and NGOs had recovered somewhat from the decline in donations after the Rehab salaries revelations, but following the controversy over Console earlier this year, donations dropped again.

This drop in income, coupled with Government funding remaining at recessionary levels, has put huge pressure on many charities.

“We have heard a lot in recent months about the growing homeless crises, the lack of social housing, the lack of capacity in our health service, problems with the standard of care and growing social problems in rural areas,” said Ivan Cooper, rirector of advocacy with The Wheel.

“These issues are not unrelated, Ireland’s community and voluntary sector was subjected to disproportionate funding cuts since 2008, and the cumulative impact of these cuts is being felt in every community,” he explained.

His organisation represents over 1,300 charities including the Capuchin Day Centre for Homeless People and the Daughters of Charity Child and Family Services.

Yesterday (27 September) The Wheel was among six national networks, representing over 1,600 Irish charities and NGOs, that called on the Government to prioritise the restoration of funding for social services and supports above tax cuts and capital spending in Budget 2017.

The groups said in a joint statement that despite impressive economic growth in recent years, government spending on services for people with disabilities, young people, carers and rural communities remains well below the pre-crisis levels, in spite of increasing numbers needing services.

For example, the number of those aged 85 and over is increasing by over 4% per year.

Diarmaid Ó Corrbuí, CEO of the Carmichael Centre, said that ever increasing regulatory and good governance requirements is creating huge challenges for the sector.

However, the recent controversies highlight the importance of “rigorous and robust compliance systems”.

Additional funding is needed to build capacity in this area and to retain competent volunteer board and committee members. 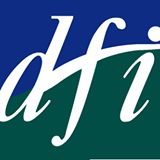 This is a ‘make or break budget’ for people with disabilities according to Senator John Dolan, CEO of the Disability Federation of Ireland.

Committing funding to make significant improvements in the health, housing and income supports of people with disabilities after years of cutbacks is vital.

“The only question is whether they (the Government) are willing to do so,” he said.

Rural areas are still feeling the impact of recession and austerity budgets according to Seamus Boland, Chief Executive of Irish Rural Link.

Incomes in rural areas do not give many households a basic standard of living. For example the €26,000 average farm income is well below the average industrial wage and 34% of farms are now economically vulnerable.

Zoe Hughes, policy & research officer at Care Alliance Ireland said that family carers need to be “truly recognised as key partners in care by Government and by our wider society.”

The next phase of the National Carers Strategy needs to be developed and funded to ensure that progress continues.

In it own submission, the Alliance has stated that some 200,000 family carers provide at home care worth €4 billion. There is a deficit of 1.6m care hours that should be provided with proper Government funding. 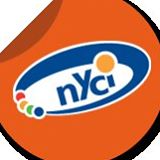 Ireland has one of the youngest populations in Europe, with the number of young people aged 10-24 years set to grow by 13% by 2020, according to James Doorley, deputy director of the National Youth Council of Ireland.

He called on the Government to provide the resources for this growing youth population in Budget 2017 and ensure they can achieve their full potential and contribute to their communities and the country as a whole.

Investment is needed for youth work services, to help create employment, and to tackle youth homelessness.