Curate in a kayak as Hurricane Harvey hits Houston 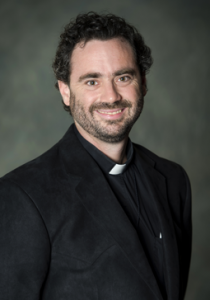 Several Donegal parishes were hit by severe flooding last week, but whatever the personal cost to people there, the overall damage suffered was nowhere near as bad as that suffered in Texas, which was hit by Hurricane Harvey over the weekend.

More than 1,000 people across southern Texas needed rescuing by the emergency services over the weekend when the state was hit by Hurricane Harvey, the strongest storm there in living memory. In the space of 24 hours, some 50 inches of rain fell in places.

Extraordinary times call for extraordinary measures, and while the US military has been mobilised to protect lives and rescue those in danger, one Catholic curate found his own solution to the problem.

Fr David Bergeron, a member of the Companions of the Cross order, was returning home from a night out watching the McGregor v Mayweather fight when the storm struck and he ended up sleeping in his truck. He was unable to make it back to his parish by road, but luckily he had a kayak with him and he used that to navigate the city’s flooded streets.

On the way to the Catholic Charismatic Centre in Houston, where he serves as curate, he stopped at a licensed store that was still open, so he paddled over to it in the hope of buying wine for that morning’s Mass. It was then that the French Canadian learned that alcohol sales in Houston are banned before noon on Sunday. Laughing, he told KPRC, a Houston radio station, that he didn’t know about the city’s so called ‘blue law’ ban because he had never tried to buy alcohol in the morning before.

However, the Quebec-born curate did say that his choice of conveyance was a return to the Church’s traditional roots: “This is how America was evangelised – by canoe.”

Eventually, Fr Bergeron made it to the Charismatic Centre, but when he got there he found it was closed because of the bad weather.

However, in an interview published two years ago on his order’s webpage, the Companion of the Cross said he loved serving in the capital of the ‘Lone Star State’. “I feel at home now in my ministry in Houston, serving as a missionary like the Quebecers of old,” he said. Like Ireland, Quebec has a great missionary tradition – before the 1960s, this French speaking part of Canada sent a quarter of a million missionaries abroad.