Course prepares foreign priests for challenge of mission in Ireland 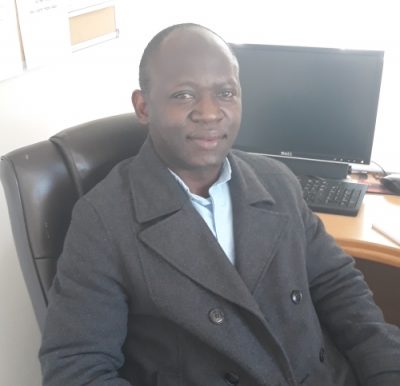 In Africa, a priest recently recounted, if he did not preach for half an hour, his congregation thought they had offended him. In Ireland, the case was different. The same priest was warned that if he preached for more than five minutes, he would be asked “Father, what did we do to upset you?”

Sean Goan of Spiritan Mission Ireland shared this anecdote with CatholicIreland.net to illustrate the huge challenges faced by priests coming from abroad to minister here.

Today the two-week-long orientation course for incoming pastoral ministry workers in Ireland, which he has been leading, concludes at Kimmage Manor. Auxiliary Bishop of Dublin Bishop Éamonn Walsh will  present certificates to ten foreign priests and a seminarian who completed the course.

Four of the 2019 participants come from India, all working in the Diocese of Killaloe. Priests from Romania and Sri Lanka represent the diocese of Kildare & Leighlin, while the other participants come from Brazil (a Capuchin ministering to the Brazilian migrant community), Kenya (a Spiritan on formation in Ardbraccan in Co. Meath), Nigeria (one ministering in Armagh, the second in Ardagh & Clonmacnoise), and a Ugandan curate, Fr Matthias Jjooga, working in Donaghmede.

Fr Matthias has been in Ireland since November 2018. “I have experienced the winter,” he told CatholicIreland.net, admitting that it was one of his first challenges. Since then he has been working in twinned parishes in Donaghmede and Ayrfield. “I found good confreres – the parish priest and other priests I work with – they are so hospitable.” But he still suffered pangs of homesickness.

He was delighted with the orientation course, but wished it had been organised “on day one” to save him making mistakes.

At the completion of the course, it is hoped that participants will have gained an understanding of approaches to ministry in Ireland, explored issues related to liturgy and spirituality, and been given an overview of the country’s history and cultural landscape. All who complete the safeguarding training element of the course will receive a certificate by the National Board of Safeguarding of Children in the Catholic Church in Ireland.

For Fr Matthias, the two-day safeguarding element of the course was hard going at times. “It was shocking to hear unfortunate events that happened in our Church which made me more conscious and careful,” he said. “There was a feeling of shame and disappointment but it is also quite empowering. We all need to be responsible.”

Sean Goan, Co-ordinator of Spiritan Mission Ireland and leader of the course, said the orientation course was hugely important. “I’ve had experience in my own parish [with foreign priests]. They really do struggle. They are good people but they don’t know our customs, our ways and perhaps bring an idea of Church that they had in their own country or they learned in seminary and they come here and it’s quite different,” he told CatholicIreland.net.

He said the most important aspect of the course was to introduce the pastoral workers to Irish culture. “In Irish culture, for example, funerals are a big deal. Our customs, with eulogy before or after the Mass, or bringing up symbols from a person’s life, is not a feature in other places,” he said.

Another change the priests had to deal with was the status of priests in Ireland. “In some cultures their status would be quite high in the tribe or the village whereas here the status has undergone a lot of change,” said Mr Goan.

Fr Matthias experienced this first-hand. “In Uganda priests are still taken as key persons in an area. If you are a priest people run to you. You are a consultant on different issues, which is not the case here. The priest has to go low, move with the people knowing that you need to collaborate at all levels.”

The Ugandan priest was impressed at the way the laity in Ireland are so involved in managing the local church. “You see them owning [the parish], taking responsibility – it comes out more than in our context back home.”

He said the course was teaching him to be more sensitive to the local context. “The way we approach moral issues where I come from is different,” he said. “Teenagers or youngsters are still tied to their parents, to the community. You have to follow what the community says, sometimes regardless of your independent thinking. But here younger people even from adolescent stage are taught to think independently which I do like and appreciate.”

Fr Matthias said that when talking to Irish young people he had to engage in dialogue rather than come up with doctrine. “Society is quite sensitive to what you say. It is a big challenge and you have to be conscious not to step on the people’s toes.”