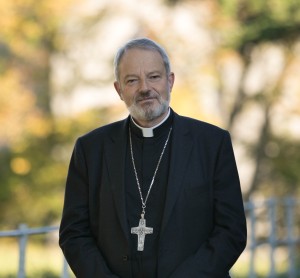 The Bishop of Elphin has paid tribute to the unarmed nature of An Garda Síochána which he said “takes great courage in an increasingly violent society”.

In his homily for the 50th World Day of Peace, Bishop Kevin Doran said it was a unique feature of the police force.

At Mass in Sligo, Dr Doran underlined that being unarmed does not mean that the Gardaí never have to use force to defend people and their property.

“But being unarmed does seem to suggest that, as a matter of policy, Gardaí will seek to respond to crime in a non-violent way. By doing this, they contribute to reducing the level of violence, rather than escalating it,” he said.

In the Diocese of Kildare & Leighlin, Bishop Denis Nulty also paid tribute to An Garda Síochána, describing the Force as a beacon in the community within Carlow and its hinterland, offering “a more non-violent and less threatening approach”.

Elsewhere, in his homily, Dr Nulty stressed that violence doesn’t work, never worked and never will work. “Two world wars later we are still struggling to learn that message,” he commented.

Noting how some people suggest religion is the catalyst for many of the world’s conflicts, Bishop Nulty highlighted how Pope Francis said in Assisi that the name of God cannot be used to justify violence.

In his homily, Bishop Doran recalled how in the past Ireland played an important part in achieving and maintaining peace in the world.

“I think we can continue to do so in the future, but our government will only be proactive in the work of justice and peace in the wider world, if we – as citizens who believe in active non-violence – insist that it is kept on the political agenda here in Ireland,” he said.

And he added that it is far too easy to leave it to Europe and the United Nations.

Recalling Pope Francis’ warning over piecemeal world war, the Bishop asked, “Who benefits from this?”

He said the answer was easy enough to see as some industries are “built entirely on war and on the reconstruction that follows from war” and some politicians are “far too closely linked with those industries”.

On a separate matter, the Bishop of Elphin appealed to people to drive less aggressively. He said “flashing of lights and the blowing of horns is a form of violence” and could, even if it is not the intended result, “lead to people losing their lives”.

His comments were made in the context of the steep rise in road deaths in 2016.

Such casualties lead to children growing up without their parents and to parents growing old without their children, he emphasised.

“These unnecessary deaths bring pain to many others too; the ambulance and fire crews, the Gardaí and, indeed, the clergy who are called to the scenes of road accidents, as well as the doctors and nurses in our hospitals. There is great scope on Irish roads for a strategy of nonviolence.”

Acknowledging how sport plays a very significant part in our society and the “huge influence” which men and women who are engaged in sport at the highest level have on young people, Dr Doran paid tribute to the attitudes of mutual respect that sportspeople have for one another, even in the most physical and challenging of sports, even in the heat of the moment and even in the face of disappointment.

He said these attitudes could be “a very valuable witness to young people and can contribute to developing a culture of nonviolence in society”.