Home > News > Senior lawyers call for No vote in referendum 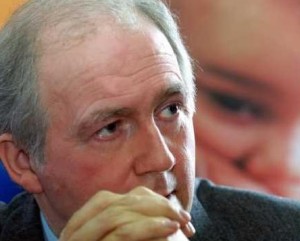 A new group of senior lawyers has called for a No vote in the referendum warning that victory for same-sex marriage will affect assisted reproduction rights.

The group of three senior lawyers behind the new group are William Binchy, who is well known in the pro life movement, and two senior counsels, Patrick Treacy and Shane Murphy.

They have warned that amending the constitution to allow for same-sex marriage would result in same-sex couples having the same rights as heterosexual couples to use surrogacy and assisted human reproduction.

They referred to comments made by the chairman of the Referendum Commission, Mr Justice Kevin Cross, who said it would be difficult to imagine the legislature privileging an opposite-sex couple over a same-sex couple, where accessing surrogacy services is concerned.

In their statement issued on Friday, the new group warn that the Government now seeks to ‘cut and paste’ into the Irish Constitution the claim that marriage has nothing to do with gender, “that it is to have no regard to distinction as to sex between a man and a woman”.

“Even if one accepts that marriage can be changed from gender-based to being genderless, this new theory of marriage is incompatible with the remainder of Article 41,” they underline.

They also highlight that to make the article in our Constitution, dealing with the family, internally contradictory and incoherent, can only lead to trouble and confusion for families, lawyers and our Courts in the future. 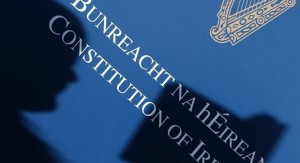 In relation to the issue of equality, they cite Article 40.1 which provides that “All citizens shall, as human persons, be held equal before the law. This shall not be held to mean that the State shall not its enactments have due regard to differences of capacity, physical and moral, and of social function.”

“True equality never requires the pretence that two relationships with different capacity are the same when they are not. It never justifies the imposition of a false uniformity.”

They note that the Referendum Commission has not used the word ‘equality’ in its title ‘The Marriage Referendum’ because Mr Justice Kevin Cross says that they “use a neutral description”. (The Irish Times, May 15th, 2015)

Elsewhere in their statement on Friday, they lawyers claim that the marriage referendum “is the next major step in a programme of social engineering which not just obscures our understanding of the human person as male and female (the new ‘gender theory’) but which endorses the severing of the natural ties between a child and his or her biological parents”.

They say this radical programme began with the enactment into law of the Children and Family Relationships Act, 2015 on 6 April 2015.

While Germany, Italy, Austria and Switzerland ban donated sperm or egg use, so as to preserve the genetic link between parents and off-spring, the Government has legislated to make this practice normal in Ireland. 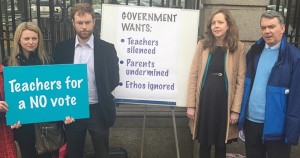 The three lawyers add that this will serve to “copper-fasten in law the programme to cut the natural ties between a child and his or her biological parents which was commenced with the enactment of the Children and Family Relationships Act, 2015”.

They warn that the Government’s programme is then “intended to find its fulfillment, after the anticipated passing of the referendum proposal, in the enactment of a Surrogacy Bill in due course which will provide for surrogacy in accordance with the new constitutional right of two married men to procreate”.

In regulating surrogacy, if the referendum proposal is passed, whether it would be open to the legislature to privilege an opposite-sex couple over a same-sex couple, would be, according to the Referendum Commission “Not impossible, but difficult to imagine”. (Mr. Justice Kevin Cross, The Irish Times, May 15th, 2015)

Separately, a group of teachers, parents and academics has launched an appeal for a No vote in the upcoming marriage referendum.

Teachers for a No vote have warned that if the referendum passes ‘gender neutral marriage’ will be elevated to a new status in the Constitution and employees of the State will be obliged to protect that new model of marriage.

“As teachers, our fear is that for example, a teacher who gives preferential treatment to a view of marriage as between a man and woman over a same sex marriage will be seen to be discriminating,” said spokesman Kevin Leavy.

Sex education classes in schools would have to be taught in a different way, and teachers who do not believe that same sex marriage is the same as marriage between a man and a woman could be accused of being “homophobic” and in breach of the Teaching Council Code of Conduct.

“We already have material being sent into primary schools with the approval of the INTO called ‘Different Families, Same Love’. Among other things this advises teachers on how to teach children in Junior Infants about transsexuality and the different varieties of adult sexual desire before they even know the basic facts of life.”

“If the referendum passes, it will become more and more difficult for teachers to refuse to teach material they believe is entirely age inappropriate.”

Protests in Ontario over changes to sex education curriculum

Mr Leavy’s comments come just weeks after thousands of children were pulled out of schools across Ontario in an escalating battle between the province and parents over revisions to the sex education curriculum used in primary and middle schools which are to come into effect in September.

Ontario’s premier has told parents the changes will go ahead despite 160,000 people signing petitions demanding they be scrapped.

At the launch of Teachers for a No vote, Mr Leavy said the group fully supported “action against bullying, teaching tolerance and respect for all people”, but said this had to be done in a manner in harmony with “personal conscience, school ethos and parents’ values”.

“If the referendum is passed, far-reaching changes involved in the redefinition of marriage will create challenges for educators which, in some cases, could lead to a loss of livelihood because of disciplinary action. It is highly unlikely that school ethos will provide sufficient protection, especially for teachers paid from the public purse,” he said.

The new organisation invites members of the public to visit its website (educatorsforconscience.com) to see examples of what has happened to the education system in other countries following the introduction of same sex marriage.