Home > News > Concerns over the teaching of RE in Irish schools

Concerns over the teaching of RE in Irish schools 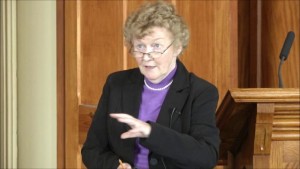 A new report has raised concerns about the quality of religious instruction in Irish schools.

Two academics from University College Cork say Ireland’s programmes of religious instruction have not kept pace with those available in other countries and need to educate children about more religions as well as the Catholic faith.

They also raise the issue of religious education being regarded as a ‘doss’ subject.

According to a report in the Teaching Theology and Religion journal by Professor Emeritus Aine Hyland and Professor Brian Bocking, “The type of RE found in Ireland is, for example, utterly unlike that of the UK, where a multi-religious curriculum is well-entrenched.”

The study also explores the lacks of parental choice in patronage and notes, “While in theory children may opt out of RE classes at their parents’ request, schools can be unwilling or unable to accommodate such requests.”

The authors point out that Ireland “is in a process of erratic and unpredictable transition” in this field, and religious and secular interests are “seemingly clashing head-on”.

The authors cite, for example, the failure to develop a planned programme on Education about Religion and Beliefs (ERB) as well as ethics “to ensure that children can receive education ‘about religions’ as opposed to just faith formation in primary schools”.

An education officer was appointed by the National Council for Curriculum and Assessment (NCCA) in summer 2013 but the report says that progress has been “slow to date and it is difficult to predict when a national ERB programme will be available”.

The study highlights an imbalance in the teaching of RE to different age groups.

While RE is near-compulsory at primary level, just 3 percent of senior cycle students take it as a Leaving Cert examination subject.

“This number may rise in future years, but only if schools recruit sufficient teachers with relevant expertise in the study of religions, and in fact the proportion has not risen in recent years.”

Despite the fact that secondary students can now sit Junior Certificate and Leaving Certificate examinations in religious education the authors raise concern about its perception as a ‘doss’ subject.

They believe, “A significant increase in the number of pupils taking the new NCCA RE curriculum to Leaving Certificate level may provide an effective driver for change, but while total numbers of Junior and Leaving Certificate students have risen in recent years, the proportions taking RE as an examination subject remain unchanged at 50% and under 3% respectively.”

The authors conclude, “An in-depth, nationwide study of classroom practice in RE in today’s Ireland has yet to be conducted and there are undoubtedly some well-informed, gifted, innovative, and inspirational teachers involved in RE.”

But adds that “many pupils and some teachers will describe RE as a ‘doss’ subject (not one requiring their time or attention) and experienced observers agree that there is a need for very significant improvement at all levels across the subject.”