Concern raised at denial of 50:50 air time balance for referendum 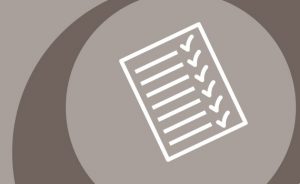 The Family and Media Association has expressed deep concern that the Broadcasting Authority of Ireland (BAI) and its Chief Executive have stated that there is no need to give 50:50 air time to opposing sides in a referendum.

“There is no reference to the word ‘balance’ in the legislation. People tend to fall back on that and say we must have a 50:50, we must give one side one view, and then the other the same time. That is not the case. What we require is that people get fairness in their treatment, so we encourage that there would be a diversity of views,” said Michael O Keeffe, Chief Executive, BAI, speaking to Sean O Rourke on RTE Radio 1, on the occasion of the publication of new broadcasting guidelines for referenda.

Donal O’Sullivan Latchford, of the Family and Media Association (FMA), which has been monitoring fairness in the media since 1994, expressed concern that the “referee” in the debate, the BAI, should take such a stance in setting the tone for the debate on the referendum on abortion.

“In this recent statement and press release that the BAI is keen to emphasise that fair broadcasting does not require a balance, a 50:50 balance,” he told Catholicireland.net. “When you take the emphasis off  ‘balance’, the idea of fairness becomes almost an optional extra, because balance is a way of measuring fairness. Without balance when people’s prejudices are at play you do not really have any reasonable objective way of measuring it.”

Michael O Keeffe explained that achieving fairness and diversity of views would involve encouraging audience participation, having voices other than campaigners, including gender and cultural diversity, providing information, and ensuring that the debate is not always adversarial with one side and then the other. “We say ultimately it is an editorial responsibility for broadcasters, that it rests with them, that they are the people who know best,” he said.

However the experience of the FMA, after more than 20 years of monitoring media, according to Donal O’Sullivan Latchford is that broadcasters have not proved themselves unbiased in the coverage of pro-life issues, or in how they ‘frame’ the debate on that issue.

For example in recent days a former President, Mary McAleese, was featured at length in numerous news and current affairs programmes, while a former Taoiseach, John Bruton who expressed pro-life views hardly featured at all. Likewise the coverage of the recent Pro-life march in Dublin was portrayed in a very low key way when it was both timely and of news value.

On 3th March 2018, BAI published the updated guidelines in respect of referenda coverage in advance of the planned referendum on the 36th Amendment of the Constitution and future referenda on constitutional amendments and reforms to local government. It stated that the guidelines provide additional direction and advice to broadcasters on the existing provisions of the BAI Code of Fairness, Objectivity and Impartiality, in News and Current Affairs. It looks at the various ways in which fairness, objectivity and impartiality can be achieved, conflicts of interest; and the coverage of opinion polls.

Other matters addressed include on-air contributions via social media, a prohibition on presenters encouraging listeners or viewers to vote in support of or against any particular outcome in a referendum, and the obligation to carry announcements made on behalf of the Referendum Commission. As with previous guidelines, a moratorium on coverage will come into effect from 2 pm on the day prior to voting and will end following the closure of polling stations on the day of the ballot. To promote the guidelines, briefings and workshops will be undertaken for broadcasters and a dedicated email address will be in operation. 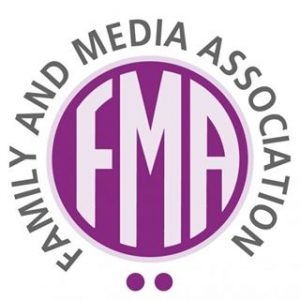 “The responsibility for implementation rests with the broadcaster and we will investigate complaints as opposed to monitoring it,” said Michael O’Keeffe, Chief Executive, BAI.

Donal O’Sullivan Latchford cautioned that BAI members need to be guard against group think. “Group think does not just affect the media,” he said. “The BAI are in danger, they have to guard against that, they are not going to allay anyone’s fears by taking the emphasis off ‘balance’ (50:50 coverage) which was in their press release.”

Michael O Keeffe asserted that complaints have been investigated during a referendum in the past, and subject to the BAI rules that can happen as required in future referenda. Donal O’Sullivan Latchford expressed concerns that, due to the process involved, a complaint might not be adjudicated in time to make any difference to the referendum result.