Concern at decision not to keep overseas aid target 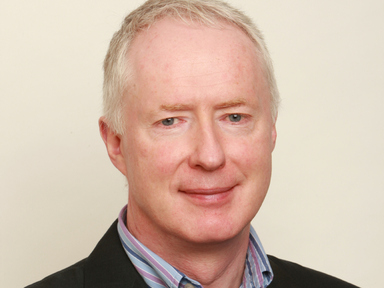 The Director of Trócaire has said he is “disappointed” by Minister for Trade and Development, Joe Costello’s announcement on Sunday that Ireland will not keep its commitment to meet the UN target on overseas aid.

Speaking on Drivetime on RTE Radio, Eamon Meehan said aid agencies thought that the 2015 target was an assured commitment by Government.

“I am disappointed by Minister Costello’s announcement given all of the work that NGOs like Trócaire, under the umbrella of ACTNOW2015, have done on this, going right back to the 1990s,” Eamon Meehan said.

Ireland will spend around 600m this year on its aid budget. This would have to increase to 950m if Ireland was to meet the UN foreign aid target of 0.7% of GNP next year.

On RTE Radio, Minister Costello said, “I think everybody recognises that it would have been impossible to increase it by that much in the difficult circumstances, where so many of our own people are suffering such very substantial sacrifices in their own lives.”

He said Ireland was “abandoning the world’s poorest people by abandoning this commitment.”

However, Eamon Meehan suggested that there were two options for Minister Costello to renew the commitment and put a firm date on it.

“We are currently undergoing a review of our foreign policy and that is one opportunity to make that commitment again and put a timeframe around it.”

The other opportunity is a major UN conference in September 2015 which will agree a completely new set of development objectives for the world for the next 15-20 years.

He said the problem with the Minister’s statement is that it remains unclear what the Government is planning.

“Now all we have is that the Government says it won’t be 2015. The Minister hasn’t said by when or how we are going to achieve the target now that it has been dropped for a third time.”

Director of Policy with Concern, Donal Foley said aid agencies need predictable funding to achieve the targets set out in the Irish Aid’s new policy One World, One Future.

“At the moment we are below 0.5%. We need a roadmap to show that the commitment is back to the 0.7%. This can be done gradually.”

He added, “what we want from the Government at the moment is a clear target or roadmap to get back towards the 0.7% rather than sliding in the opposite direction.”