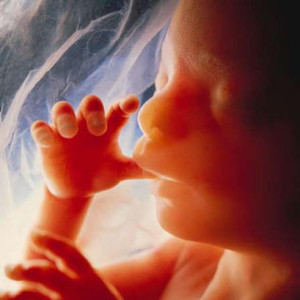 Northern Ireland’s abortion laws have been criticised by the United Nations’ Human Rights committee as too restrictive.

Abortion is legal in Northern Ireland only where the life or long-term health of the expectant mother is at risk.

The UN committee, consisting of 18 independent international experts, made the observations in an overview of human rights issues in the UK.

“The committee is concerned about the highly restricted circumstances in which termination of pregnancy is permitted under the law in Northern Ireland, and about the severe criminal sanctions for unlawful abortion, thus putting women’s life and health at risk and forcing them to travel in order to seek abortion,” it stated.

The UN committee called on the NI state to, as a matter of priority, amend its legislation on abortion with a view to providing for additional exceptions to the legal ban on abortion, including in cases of rape, incest, and fatal foetal abnormality.

“The State party should also ensure access to information on abortion, contraception and sexual and reproductive health options,” it said.

The 1967 Abortion Act does not apply in Northern Ireland.

Referring to current proposals to liberalise abortion, the UN committee said these do not go far enough.

“The committee notes with concern that the Department of Justice for Northern Ireland, after having held a consultation on the possible decriminalisation and legalisation of abortion in cases of fatal foetal abnormality and pregnancy as a result of rape or incest, indicated in April 2015 that it would propose legislation to legalise termination of pregnancy only in circumstances of fatal foetal abnormality due to ‘complex issues’ raised by pregnancy as a result of sexual crimes.”

The report concluded with recommendations, calling on Northern Ireland’s authorities to “as a matter of priority, amend its legislation on abortion”.

Separately, the latest UK government statistics reveal that more than two million embryos have been destroyed there over the past 25 years.

The Department of Health in the UK confirmed the figure following a parliamentary question submitted by Lord David Alton of Liverpool, stating “the number of embryos allowed to perish in the last 12 months for which figures are available (1 July 2013 – 30 June 2014) is 174,316.”

This brings the total number of embryos allowed to perish since the Human Fertilisation and Embryology Act 1990 to a total of 2,227,972.

Pro-life MP Fiona Bruce described the latest figures as “heart-rending”, and said they should “provoke us to work ever harder to safeguard the equal rights of the most vulnerable members of our society.”

The head of the charity Right to Life, Peter D Williams, said the shocking number of human embryos killed was an indictment of the way society “allows vulnerable human beings to be manipulated and exploited for the convenience and material benefit of others.”

He added, “We have a long way to go before our law and medical practice is truly re-humanised in its approach to the lives of unborn children – whatever their gestational age.”