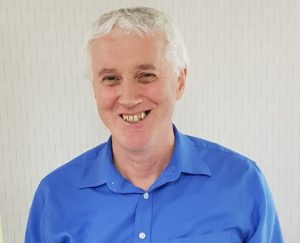 Fr Tim Mulroy SSC from Swinford, Co. Mayo, who has been elected Superior General of the Columbans.

A Co. Mayo native has been chosen as the new head of the Missionary Society of St Columban at the order’s general assembly in Taiwan.

Fr Tim Mulroy is a former school teacher who joined the Columbans in 1987 and was ordained in 1995.

Prior to his election as Superior General, he was working as regional director of the Columbans in the United States, a role he has held since 2012.

The 54-year-old has also worked in parish ministry in Japan from 1995 until 2002, when he went to the United States as director of formation at the Columban International Seminary in Chicago, a role he held for nine years.

Afterwards he served in parish ministry at St Pius X Parish in El Paso, Texas before he was elected Regional Superior of the Columbans in the US.

Speaking to CatholicIreland.net, the head of the Columbans in Ireland, Fr Pat Raleigh, said he was “delighted” Fr Mulroy would lead the Columbans over the next six years.

“In these particularly challenging times, Tim will bring a freshness of vision and enthusiasm for the role ahead of him. He will have the ability to make difficult decisions as well as being a very approachable person. He will be a very good ambassador for the Missionary Society of St Columban.”

He said the Mayo priest had a very good sense of the history of the Columbans, who are currently concluding their centenary celebrations, and added that he will have the ability to bring the society forward.

Fr Mulroy attended Meelick NS and St Patrick’s Secondary School, Swinford. He was ordained at Our Lady Help of Christians Church, Swinford, in 1995.

Fr Mulroy said that, coming from Mayo, he was conscious of walking in the footsteps of Fr John Blowick from Belcarra. Fr Blowick was one of the founders of the Columban Missionaries, who led this international organisation during its infancy years.

“Today, a century later, Columban Missionaries include women and men, married and single, lay and ordained from various countries, who strive to build bridges across our divided world and promote the unity of all God’s children,” Fr Mulroy said.

“As I look at Columban mission around the world, from Mexico to Myanmar, as well as from Peru to the Philippines, I am inspired by those people who remain committed to living out their faith in difficult circumstances. They remind me that the joy of the Gospel is far greater than the world’s problems and suffering.

“As Columban missionaries look towards the future, we will continue to promote greater understanding and collaboration among people from different religious traditions. We will also continue to emphasise the importance of caring for our planet Earth, so that succeeding generations will enjoy God’s blessings.”

The Mayo native will be assisted by three other Columbans: Fr Brian Vale from New Zealand, Fr Alvaro Patricio Martinez Ibañez from Chile and Fr Joseph Kang from South Korea.

Fr Vale, the new Vicar General, also has an Irish connection – his grandfather was born in Tralee, Co. Kerry.

According to Fr Raleigh, the new Superior General will keep the priorities of the Society to the forefront, such as working for Justice and Peace and the Integrity of Creation (JPIC) and Inter-Religious Dialogue (IRD) with people of different faith traditions.

“He will not be afraid to tackle problems that the society may face in the coming years,” Fr Raleigh said. “He is an inclusive person and will work for greater equality, particularly in the area of greater participation for women.”

“Above all, he is a person of deep faith in God who continues to invite us and to respond to the call of mission today. He has a very good sense of humour and maybe his election will usher in a new dawn for Mayo Gaelic football!”

The Missionary Society of St Columban was founded in 1916 as the Maynooth Mission to China. It was formally approved by the Vatican in 1918.

There are presently over about 381 Columban priests and 50 lay Columban missionaries working in areas such as justice and peace, interfaith dialogue, and care for the earth in Ireland, Britain, Fiji, Taiwan, Japan, Philippines, Korea, China, Myanmar, Pakistan, Chile, Peru, Australia, New Zealand and the United States.

Twenty-four Columbans over the past 100 years have died violently while on mission.