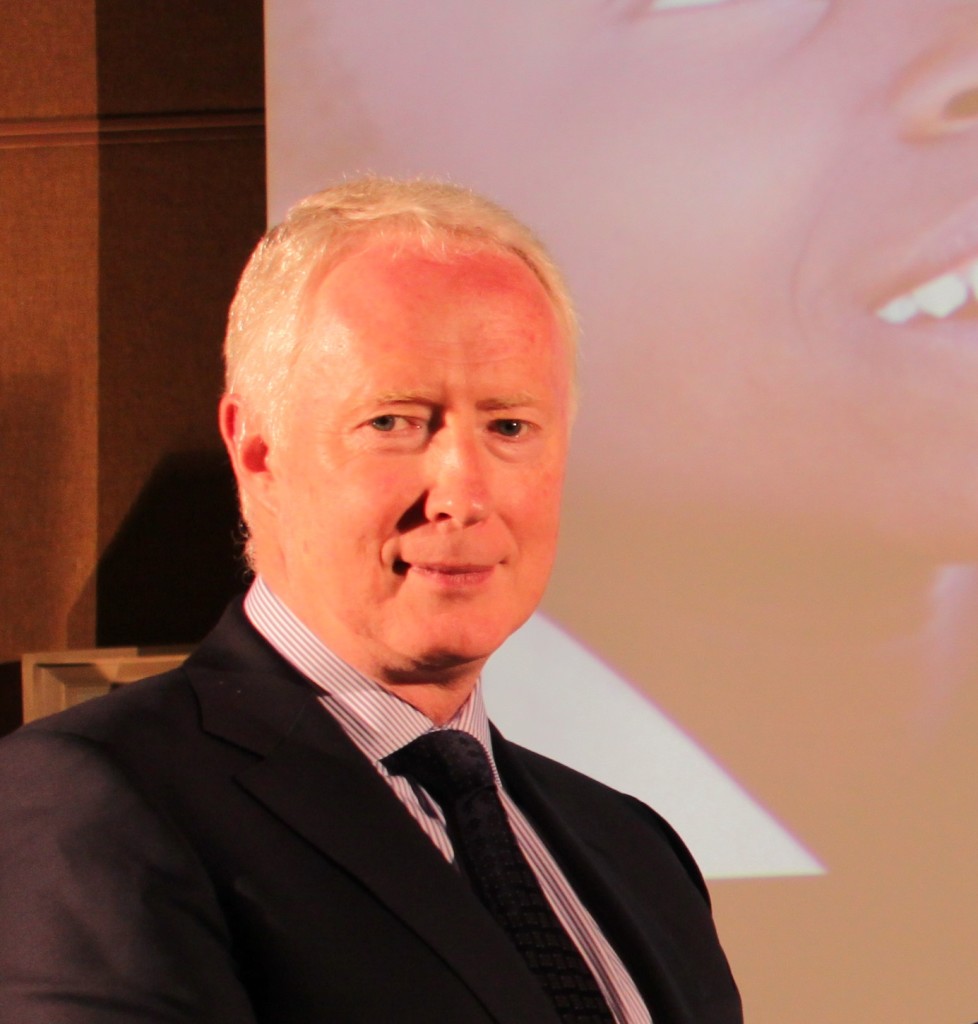 Speaking to CatholicIreland.net ahead of the publication on Monday of a new report by the world’s leading climate scientists warning that devastating impacts lie ahead if the world fails to act urgently on climate change, Éamonn Meehan said it was “a disaster waiting to happen.”

The report of the Intergovernmental Panel on Climate Change is released today in Yokohama, Japan.

According to Éamonn Meehan, the report reaffirms that the world’s poor are suffering the worst effects of climate change, though they have contributed the least to global warming.

The inter-governmental panel on climate change has said that if global warming of more than two degrees above current temperatures takes place, runaway climate change could possibly occur and the consequences of that are unknown.

The head of Trócaire also warned that if we don’t respond effectively to climate change, it will mean the destruction of societies, the migration of vast numbers of people, the inability of millions of people around the world to produce their own food.

“The response needs to be that we tackle carbon emissions, that we work to keep the increases in temperature caused by these emissions to an absolute minimum,” he told CatholicIreland.net.

Arguing that Ireland as a small country with a small population is not an excuse for doing nothing, the Trócaire spokesman added.

“So often, we say we are a small country – there is only about 5 million of us and so we can’t really have an impact on issues like climate change. There are bigger countries, bigger populations out there and countries that will make the difference – China, United States, Brazil, India.”

“The reality is that each Irish person emits more greenhouse gases every year than 100 Ugandans and ten people from India. So, we are as responsible as anybody else for the problems of climate change. And we need to play our part in the response.”

Éamonn Meehan also accused the Government of “dragging its feet on the introduction of a Climate Change Bill.”

“An Taoiseach should have a strong and effective Bill in place before he attends the United Nations climate summit in September. The Bill must have a clear national objective for 2050 and a truly independent committee to monitor progress toward that objective. Agreeing a global action plan whereby all countries does their fair share is the only option to deal with the threat of climate change,” he said.

The new climate bill is due to be published before Easter and according to Eamon Meehan, it must “clearly state what level of carbon emissions the country will work towards.”

“Our concerns are that there would be no specific targets in the bill for reducing emissions and that there will be no independent monitoring of the implementation of the legislation,” he said.

Trócaire is also calling on the Government to set up a special committee independent of the government, involving entrepreneurs, climate scientists, industrialists, the trade union movement, universities, and NGOs, to monitor the implementation of the climate bill and monitor the targets set.

Trócaire was one of 35 organisations involved in the ‘Stop Climate Chaos’ group which was consulted by the Oireachtas Committee on the Environment.

“I suppose our worry is that the bill will be weaker than it could be and we will be depending on the EU to lead the way, rather than taking responsibility for this ourselves.”

The report of the Intergovernmental Panel on Climate Change confirms that climate change is already negatively affecting every continent and the oceans and says that as climate change worsens, the most vulnerable people around the world will become poorer, hungrier and more at risk of death or injury as a result of more extreme flooding, heat waves, and droughts.

According to Éamonn Meehan, “Every day Trócaire witnesses the impact on people’s lives of the delay in acting to solve the climate crisis.”

Roughly 40% of the world faces food shortages and illness because of the increasing scarcity of water.

The Climate Change report highlights that without urgent action, the poorest people will face even more challenges.

In 30 years, crop yields will have decreased by up to 22% across sub-Saharan Africa. This will lead to even less food, higher malnutrition among children and even more humanitarian disasters.

“The IPCC has conservatively estimated the cost for the developing world to adapt to the impacts of climate change to be approximately $100 billion a year,” according to Éamonn Meehan, “but the report has also warned that without dramatically and urgently reducing carbon pollution, the impacts of climate change will go beyond our ability to cope.”

According to the IPCC a global average temperature rise of 4 degrees celsius could make normal activities like growing food or working outdoors impossible in many regions where people currently live.

“Delaying action will cost more and be less effective,” Éamonn Meehan warned. “Acting now will save lives and make it more possible to lift millions of people out of poverty.”

The report – which is signed off by governments of the world – comes just six months before the UN Secretary General’s climate summit at which world leaders, including the Taoiseach must commit to actions to pave the way for the new international climate treaty due in 2015.