Churches close in latest restrictions in fight against COVID-19

The latest wave of restrictions to fight COVID-19 in Ireland has caused the closure of churches in dioceses including Kildare and Leighlin.

While Mass and other prayer services had been broadcast on webcams and radio and other media, churches in various places had remained open so people could visit (with social distancing). Following the announcement of the latest restrictions, Bishop Denis Nulty has stated in a letter to the people of his Kildare and Leighlin Diocese that all churches are to close.

“Having consulted wide on this issue I regretfully have made the decision that in the interest of keeping with the spirit of the more recent stringent restrictions on movement, all churches in the Diocese should be closed with immediate effect until April 12th, Easter Sunday,” he stated.

“As it is important to guarantee that church surfaces (seats, kneelers, doors, rails, shrines, etc.) are wiped down and properly cleaned regularly, this would place an inordinate burden and responsibility on priests, sacristans and volunteers. This action, which is not taken lightly, is also the only way of guaranteeing that vulnerable people, who might be so inclined to call into the church to pray or light a candle, are more encouraged to stay at home and keep within the regulations.”

He also pointed out that baptisms are postponed except where there is danger of the death of a baby. This is because social gatherings have been limited to a maximum of four.

Bishop Nulty also referred to the arrangements for Easter ceremonies and stated that resources will be issued to help people pray during Holy Week. The Chrism Mass will be celebrated behind closed doors in the cathedral on Monday 6 April and will be streamed via webcam.

The bishop will address the arrangements for Easter Week ceremonies soon; however, many people will follow ceremonies either on the internet or on TV “in this unique year”.

On the “Easter Duty” of going to confession, he said that normal confessions in churches have ceased.

“Catholic doctrine teaches if a person cannot get to Confession, it is sufficient to confess one’s sins to God, seeking forgiveness and with the intention of going, when it is safe to do so. God forgives the sins and the person is renewed in heart and soul,” he stated. He added that General Absolution may be available in some very specific situations, for example in nursing homes.

He said he will address how funerals will be celebrated soon.

“It is so important to support one another with our prayers, our phone calls and our messages,” he stated.

The bishop concluded that no matter how isolated people may feel, they are “apart but never alone”. 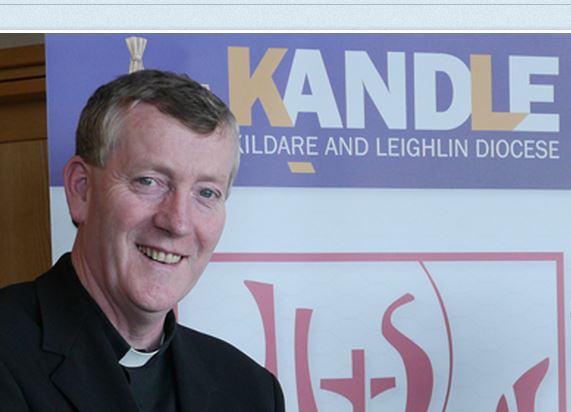 Separately, Fr Michael Toomey of SS Peter and Paul’s in Clonmel has stated that with the latest restrictions, and with instructions from the bishops of the Cashel province, churches are to close at all times until at least 12 April. He is in the Diocese of Waterford and Lismore and stated that Masses will still be said in the church by the priest and broadcast or live-streamed. Plans are yet to be finalised for Holy Week and Easter Triduum ceremonies, but they will be live-streamed and available on 107.9FM.

All baptisms and weddings are postponed, and there will be no first Friday or house calls, though pastoral ministry will continue through telephone.

In a statement released on Saturday 28 March, Fr Toomey said that after further clarification from funeral directors, the rules are that there should be no gatherings in the funeral home or outside the church, and no procession from the funeral home to the church, or to the cemetery through the town.

He stated that only the very immediate family should attend the funeral in the church and cemetery, and there can be no gatherings of anyone in a crematorium. He stated that further guidance is expected. However, at a later date, memorial Masses may be said for family and friends to gather.

“I want to assure you all that I and all my brother priests are praying for everyone at this time. I am so comforted by the wonderful community spirit I am witnessing, all Good Samaritans in their own right, and I commend all on the front line, especially our medical and emergency teams, and all still providing vital services in retail, utilities and so many others to the care of Mary, mother of God,” he said. He concluded by urging everyone to stay safe and stay indoors.