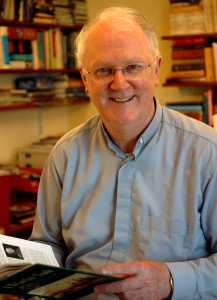 Irish priests are “an endangered species” likely to “disappear” and the vocations crisis is going to force the Church to introduce married priests within twenty years according to a spokesman for the largest priests’ group in the country.

In an interview Fr Brendan Hoban of the Association of Catholic Priests warned, it is “now mathematically certain that Irish priests are an endangered species. We’re simply disappearing.”

He warned that as priest numbers decline, it is “inevitable” that the level of service will accordingly decline, with radical measures such as group funerals and groups weddings likely to be introduced.

The ACP co-founder, who battled cancer last year, said that in his view the future ordination of married men “is the worst kept secret in the Church. It’s going to happen. Period. Because there is no alternative.”

In 2013, just four priests were ordained in Maynooth for the diocesan priesthood for the whole Church in Ireland.

“Four! It’s quite clear that the template of a male, celibate priesthood is being rejected all over the developed world,” Fr Hoban commented.

He added, “No one is pretending anymore that there’s no crisis. On the basis that without priests there’s no Eucharist, and without Eucharist there’s no Church, married priests will become a reality in our parishes within 20 years.”

The author of nine books and newspaper columnist highlighted that the Brazilian bishops, encouraged by Pope Francis, have set up a commission to investigate it. “This is the first step in a process that will lead to a married clergy.”

He explained that one extreme within the church insists on a male celibate priesthood and the opposite extreme insists on broadening the definition of priesthood, while “the middle ground point to the maths and the need to ordain married priests before faith-communities perish,” he said.

Referring to an ACP survey a few years ago, 87% of those surveyed indicated they would have no problem with married priests. “We need to start joining the dots,” Fr Hoban said.

Asked about a possible visit by Pope Francis to Ireland in 2016, Fr Hoban said his own view was that it “would be a distraction”.

“What the Irish Church needs to do is to listen to what Francis is saying to us and encouraging us to do: look after the poor, implement reforms, debate the real issues, be brave and say what you think. I suspect that Francis wouldn’t want the hype and the expense of a papal visit. He’d tell us to give the money to Peter McVerry or Sr Stan for the homeless. He’s not into jamborees.”

As to the New Year, he said the ACP would be keeping up the pressure to have the situation of censured priest Fr Tony Flannery addressed. “From what Francis has said already we’re confident that progress can be made,” he said.

“We’re very confident that Pope Francis is aware of our position which is that the treatment of Tony Flannery, at the hands of the Congregation for the Doctrine of the Faith (CDF), is unjust and unwarranted and the manner in which the CDF acted have caused further disillusionment among Irish Catholics and have made the work of priests even more difficult.”