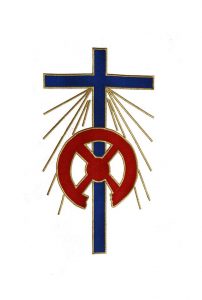 The Church’s relationship with the wider world is becoming more and more complex and pluralistic, and it is problematic and unsure. This is according to Archbishop Michael Neary, who was speaking at the Mass of Chrism 2017.

“We find ourselves a very burdened community – burdened from within by the weight of our own sinfulness and institutional failure, burdened from outside through sharing the common lot of humankind in a fearful and anxious time,” he said in his homily.

Speaking of the identity and mission of the Church until the end of time, he said Matthew’s Gospel acknowledges the persistence of weakness and failure in the community, but that Jesus still gives it his great commission to “go and make disciples of all nations”.

He said that “In this worldwide mission we as disciples are commanded to do four things: to go out, to make disciples of all the nations, to baptise, and to teach.”

The Lord will always be with us in this work, so we do not run the risk of becoming arrogant in ministry or we do not become overwhelmed by the task and the limited resources and personnel,” he said.

He added: “The Church is assured that, to the end of time, it is to be the instrument for the realisation of a divine presence in the nations of the world.” 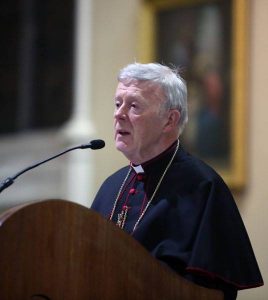 In the context of ordained ministry he said that at times priests feel embarrassed in how they have failed to fulfil ordination day promises. In Peter people can recognise a mixture of faith and frailty “which characterises Christian life in general and Christian ministry in a particular way,” he said. Jesus persists with Peter – an “imperfect human instrument” and this should inspire hope in priests.

“While we experience dismay and displacement in our ministry yet we have the assurance that God is present with and for us. We find ourselves in a culture that challenges our fundamental beliefs,” he said.

He went on to say that priesthood is about “constructing communities where faith is given tangible expression”.

Ordained ministers have a responsibility to “help people to lift their gaze beyond the pessimism of those who speak today of ‘new dark ages’ and enable them to discern a distant horizon of hope. If we are to undertake that responsibility of guiding others through the wilderness, pessimism would be an abdication of responsibility on our part,” he said.

In conclusion he said that Holy Week shows us the triumph of faith over doubt. Days which saw some of the deepest darkness ever known to humanity are the most inspiring proof that faith is stronger than any doubt and that God has lit a flame in the human soul that no force on earth can extinguish.

Archbishop Michael Neary, Archbishop of Tuam, was speaking at the Mass of Chrism in the Cathedral of the Assumption in Tuam.