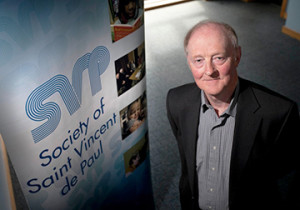 This is just one of many proposals from the SVP in its Budget 2016 submission to the Government.

The charity has day-to-day experience of what it calls the “chronic” lack of social houses and private rented accommodation for the people it helps.

It wants the Government to pay incentives to landlords who take on those in receipt of housing assistance and in return improve the quality and energy efficiency of the accommodation they offer.

It also called for an increase in Rent Supplement immediately.

“Some landlords are reluctant to participate in HAP (Housing Assistance Payment) as they see no advantage to entering into a long-term lease with a HAP tenant and not be free to take advantage of projected high rent increases – almost 10% annually in Dublin 5.”

“Additionally, the limits on monthly rents that HAP recipients are allowed to pay are the same as those for Rent Supplement (RS). The limits do not meet market rents, and the gap is causing homelessness,” states SVP in its submission.

The RS rent limit for Dublin, excluding Fingal, for a family with three or more children is €1,000 per month. However, the average rent in Dublin in 2014 was €1,301 for a house.

The SVP has called on the Government to deliver on its targets in ‘Social Housing 2020’ but also expressed concern that the 2015 targets for new social housing will not be realised. It wants a review in early 2016 of the housing delivery to date against the targets.

In its pre-budget submission entitled ‘Investing in What Matters’, the SVP says that while it welcomes the reduced unemployment figures, it is concerned at low incomes. 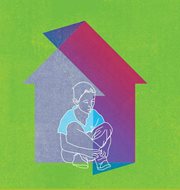 “Wages and welfare supports are crucial – but so are affordable, quality services,” the SVP stated.

“Early childhood care and education, as well as after school care provision, are totally inadequate and too expensive for people on lower incomes. This is particularly true for one parent families currently being required by Government to take up employment or increase their working hours. In addition private rented housing is incredibly expensive in main urban areas where most employment is located.”

The Society believes that political will is required to make real change and to ensure an allocation of resources that will give an equal opportunity to all citizens, and break the cycle of poverty and inter-generational disadvantage.

“Much discussion has taken place over the past year in regard to ethics and the type of society we should aspire towards. Whilst these discussions have been useful we fear that they are now largely forgotten.”

“We urge the political system to be radical in their thinking over the coming months to put forward real change proposals that will create a more equal and just Ireland. That would be the real 2016 celebration,” stated Geoff Meagher, National President, SVP in his foreword to the budget submission.

Among other issues addressed by SVP in its submission are an extension of the Community Childcare Subvention to all early year services, both community and private.

An extension of the current universal Early Childhood Care and Education programme to three hours per day, five days a week, from 38 weeks to 48 weeks per year is also called for.

Affordable energy is another area that SVP highlights as it helped families tackle energy poverty with €46m in direct assistance from 2009 to 2013.

It is calling for the eligibility criteria and funding target for the Warmer Homes scheme and Sustainable Energy Communities Programme to be widened to target low-income households.