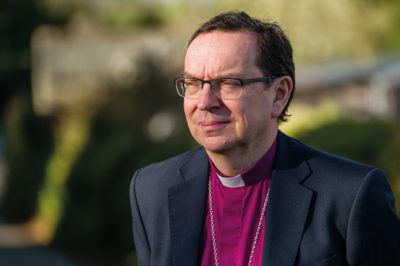 The persecution of Christians in some parts of the world is close to meeting the international definition of genocide, says the Anglican Bishop of Truro in an interim report prepared for the British Foreign and Commonwealth Office.

The contents of the document make grim reading, with the Bishop finding “widespread evidence showing that today, Christians constitute the most widely persecuted religion”.

One human rights charity, Open Doors, reckons that there were some 245 million Christians living in 50 different countries who suffer high levels of persecution or worse. Bishop Mountstephen’s report states: “The overwhelming majority, estimated at 80 per cent, of persecuted religious believers are Christians.”

According to Bishop Mounstephen, the main impact of such genocidal acts against Christians is exodus.

“Christianity now faces the possibility of being wiped out in parts of the Middle East where its roots go back furthest. In Palestine, Christian numbers are below 1.5 per cent; in Syria the Christian population has declined from 1.7 million in 2011 to below 450,000 and in Iraq, Christian numbers have slumped from 1.5 million before 2003 to below 120,000 today. Christianity is at risk of disappearing, representing a massive setback for plurality in the region.”

The interim report pays particular attention to the Middle East and North Africa (MENA) region, where a century ago Christians comprised a fifth of the population, but now make up less than 4 per cent.  In Palestine, the main reason the local Christian population have left their homeland is because of the Arab–Israeli conflict, with the result that Christians now form only 2 per cent of the population there, where once they comprised 15 per cent.

In the wider MENA region, three critical factors are identified as contributing to the drastic decline in Christian numbers: a series of political failures that have allowed for the rise of religious extremism and the outbreak of civil wars; a growing religious conservative in majority Muslim states such as Turkey and Algeria, which were more secular in outlook; and an overall climate of persecution and discrimination against Christians, with anti-Christian hate speech a growing increasingly prominent in state-controlled media produced in countries such as Iran and Saudi Arabia.

Countries such as Bangladesh, India, Nepal, Pakistan and Sri Lanka have anti-conversion laws that limit the activities of Christian missionaries and that deny the freedom of individuals to convert to a different religion. In Nepal, evangelisation is prohibited by the constitution, and in Pakistan blasphemy laws are used to target non-Muslims and non-mainstream Muslims.

The interim report was being finalised when the Easter Sunday bomb attacks took place in Sri Lanka. Bishop Mounstephen said “the specific targeting of Catholic and Protestant Christians” is a new development in that country.

“Some of the most egregious persecution of Christians has taken place in sub-Saharan Africa,” says Bishop Mounstephen, who identifies the Islamist militant group Boko Harem as the biggest threat. The group is linked to hundreds of killings of Christians in Nigeria – 3,731 in 2018 alone, 90 per cent of all anti-Christian killings recorded worldwide last year. In north-east Nigeria, in the city of Maiduguri alone, the Catholic Church reckons that a series of massacres by Islamists have created 5,000 widows and 15,000 orphans with some 200 churches and chapels attacked.

Christians are also persecuted and subject to fatal violence in Sudan, Somalia, the Central African Republic and Kenya.

In India, China, North Korea and Laos, Christians are increasingly the victims of growing nationalism in state institutions. Frequently in these countries, Christian communities are not allowed to publicly identify churches as places of worship, and the display of Christian symbols, such as crosses, is forbidden.

The report did contain some good news: “The historic accord between the Grand Imam of Al Azhar and His Holiness Pope Francis in UAE earlier this year and the recent announcement of a change in the law in Bolivia to decriminalise proselytism and so recognise the right to change one’s religion are positive steps forward.”

The Bishop concludes his report to the Foreign and Commonwealth Office by harking back to the role Britain played in eradicating slavery in most parts of the world during the 19th century. He said: “The challenge is to ensure that the freedoms that Britain was in the forefront of creating become a reality for both Christians, and people of all faiths and none, around the world today.”

The final report of the Independent Review is due to be delivered at the end of June this year, in the meantime the interim report can be downloaded online.