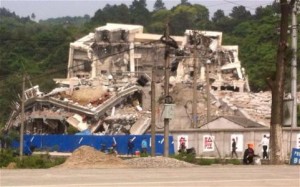 Courtesy: UCANews.com and Tom Phillips of The Telegraph

A Chinese preacher is facing up to a decade in prison after he was detained on what supporters say are trumped up charges intended to weaken resistance to an ongoing crackdown targeting the country’s rapidly growing Christian community.

Huang Yizi, a Christian pastor from Zhejiang province in eastern China, was taken from his home in the city of Wenzhou by plainclothes police officers on August 2, according to activists.

The 40-year-old, who has been openly critical of an ongoing anti-church demolition campaign, is accused of “gathering to assault a state organ”, a charge lawyers say is often used to silence government critic.

The pastor’s detention came just over a week after bloody clashes between plainclothes security agents, reportedly including some armed with cattle prods, and Christians who were attempting to stop the removal of their church’s cross.

The confrontation, which took place at Salvation Church in Wenzhou – a city with a large Christian population that is sometimes referred to as China’s Jerusalem – represented a major escalation in tensions over a demolition campaign that activists say has so far affected more than 200 churches.

Other preachers and church members have been detained, threatened and placed under surveillance since the demolitions began earlier in the year, according to members of Zhejiang’s Christian community.

However, none has been held for as long as Pastor Huang nor faced such severe charges. In an interview before his detention, the preacher expressed concerns about his situation but said he would not be silenced. 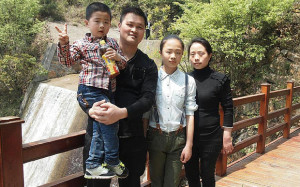 “I know I will be put in jail one day,” he told Hong KJong’s South China Morning Post.

Pastor Huang’s detention is thought to relate to alleged attempts to organize protests against the removal of Salvation Church’s cross, which eventually happened on August 14.

Friends and congregants say Pastor Huang, a father of two who became a preacher at the age of 28, had come under increasing pressure because of his public opposition to the anti-church campaign.

“For the past half year, Huang has been receiving constant threats from police,” said one Christian who knew him but is not being named to protect him from government retaliation.

Those who know Pastor Huang describe him as an upstanding member of the Christian community in Zhejiang.

“Huang has shown outstanding loyalty to God and bravery at a difficult time,” said one close friend, a religious leader whose name is being withheld to protect him from reprisals.

“He is a very good church leader, a man of vision who is strong-willed and tolerant.” Another Wenzhou Christian, whose name is also being withheld, said the pastor had “a strong sense of justice”.

Pastor Huang had used an online blog to attack the demolitions as “severe persecution” and an “insult” to China’s Christians.