Home > News > Children advised not to look at explicit material

Children advised not to look at explicit material 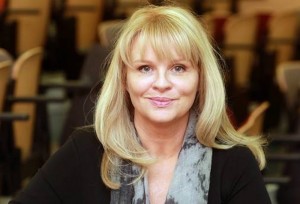 Exposure to explicit images of sex, torture and self-harm online is putting children at risk of developing post-traumatic stress disorder similar to the experience of combat veterans according to Professor Mary Aiken.

The director of the Cyber Psychology Research Centre at the Royal College of Surgeons yesterday addressed young people at a TEDx talk at the High School Rathgar in Dublin.

Speaking following the publication of her new research on post traumatic stress disorder (PTSD) and virtual reality exposure therapy in civilian and military populations, Ms Aiken, said “legal but age-inappropriate content” is one of the “biggest problems” facing modern society.

Her research focused on people working as ‘content moderators’ for the internet, mostly in the Philippines.

Workers were paid $5 an hour to take down offensive material from the internet, including images of torture, beheadings and child pornography. Typically the workers might see up to 2,000 images per hour.

After a time the content moderators were showing the early signs of PTSD including anxiety, flashback and inability to sleep.

Clearly they could not ethically do research to assess the effects of explicit content on children.

“What we can do is hypothesise – if we see it in the content moderators, and then the children are saying they are distressed by it, and we know children can develop post traumatic stress disorder, logically it is a probability.”

Prof Aiken said she had front line reports coming in of “children who have been traumatised by viewing explicit content on line.”

She called on the Government and service providers to take “urgent action” to protect young people from harmful content online.

“We can t stand by and see the mental health of children being impacted because we collectively cannot act quickly enough.”

Prof Aiken said that often the “standard protocol” is to recommend that “children develop resilience to the content”.

“I object to that,” she said. “If you’re incarcerated in a war time camp you can develop resilience. Why are we teaching children to be resilient to this content? Why are we even asking this question? ”

She has also worked on research for the White House and with the Federal Bureau of Investigation (FBI).