Celebratory evening in recognition of the late Canon Liz McElhinney 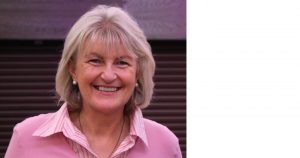 Game Of Thrones star Ian McElhinney is to join his family and the public for a celebratory evening in recognition of the life and ministry of his cousin’s wife, the late Canon Liz McElhinney.

The TV star will read some of her 20 poems that have been published in a booklet titled Solid Joys, Lasting Treasure, which has illustrations by the author’s artist son David. The booklet will be included in the admission charge of €10 for those attending the evening.

Liz McElhinney passed away last June from motor neurone disease. The proceeds from the evening will support the work of the Irish Motor Neurone Association in the Republic of Ireland. Extra copies of the booklet and a CD of the collection of the poems, read by Ian McElhinney, will also be on sale on the evening at a reduced rate.

In his preface to the collection, another of Liz McElhinney’s sons, the Revd Stephen McElhinney said: “My mother’s special ability was to notice; she had a unique ability to connect with people but also to notice the world in which she lived, which left her invigorated physically, mentally and spiritually.”

The collection title is taken from the well-known 18th century hymn by John Newton, “Glorious Things of Thee are Spoken”. Very many lives were touched by Liz McElhinney during her ministry and so the evening is for the whole community and friends.

As well as the poems, there will be music from the All-Ireland Award-winning Mercy Convent School Choir, Roscommon, the local cross-community choir Cór Comáin conducted by Derek Mahady, soloist Nicola Brown and a traditional music group led by Revd Sean Hanily. The former Bishop of the Diocese Ken Clarke, a close friend of the McElhinneys, will compere the evening. Accompanist for the event will be Carl McCambley, Musical Director of Shankill Parish, Lurgan.

Liz McElhinney was widely known across the Diocese of Kilmore, Elphin & Ardagh, having grown up in it and ministered in three different parishes in the diocese. Many of the older members of the Roscommon Group, which includes Lanesborough and Ballinlough, remember her father Canon Maguire, who was Rector there and of Edgeworthstown. 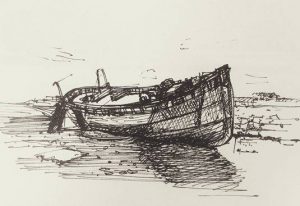 One of the illustrations by David McElhinney in the poetry book

Liz McElhinney’s first clerical position was as Rector of Calry Parish in Sligo. Following retirement, she spent three years ministering fortnightly in the Kildrumferton Group in Cavan before returning to Roscommon as Priest-in-Charge.

During this period in Roscommon, she was diagnosed with MND (Motor Neurone Disease). Following her return to Lurgan, she focused on writing reflective and inspirational poems over a period of 15 months.

“These poems are a testimony to Liz’s ever deepening faith and attest to her love of God, of people and of nature. They form a core part of the concert,” the organisers state.

The event will take place on Friday 18 May at 8 pm, in the Kilbride Community Centre, (kindly granted) Fourmilehouse, Roscommon (four miles from Roscommon on the Boyle Road).