Home > Featured > A celebration of the life of Jean Vanier 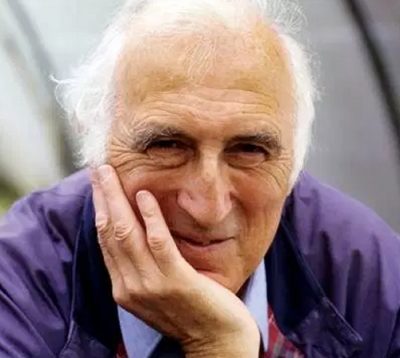 Former President Mary McAleese and Archbishop Diarmuid Martin of Dublin will be among the speakers at an ecumenical service celebrating the life of Jean Vanier, founder of l’Arche.

Up to 400 people are expected at the event, which is by invitation. “It will be a celebration for ourselves but also for many people who were inspired by Jean,” l’Arche Ireland CEO Mairead Brabazon told CatholicIreland.net.

The event will take place on Saturday 29th June 2019 from 11.00am to 1.00pm at the RIASC Centre in Swords. Other speakers at the service will be Rev Ruth Patterson from Restoration Ministries, former Church of Ireland Bishop of Limerick Trevor Williams, members of l’Arche communities in Ireland, as well as members of from Faith and Light who will give testimonials of the inspiration Mr Vanier has been to their lives.

There are 149 l’Arche communities worldwide, including four in Ireland (Kilkenny, Dublin, Cork and Belfast). Each community is made up of people with and without intellectual disabilities who share life together.

Ms Brabazon, who is part of the Kilkenny community, has been involved in L’Arche since 1990. “I’ve been involved most of my adult life and my two children have grown up involved in l’Arche. It’s given me a lot of life,” she said.

Ms Brabazon trained as a nurse in England. “I always felt there was a better way of doing things and that people’s humanity wasn’t being recognised.”

Mr Vanier taught her to value the humanity of each person. “Abilities cannot be measured by an IQ scale – everybody has a contribution to make to society. If the contributions of people with intellectual disabilities were allowed to shine more, the quality of life for everybody would be better,” she added.

Mr Vanier founded l’Arche in 1964. The son of a former governor-general of Canada, Mr Vanier spent his childhood in England until the outbreak of World War II when he and his four brothers and one sister were sent back to Canada.

He joined the Royal Navy, becoming an officer in 1945. Despite the promising career that lay in front of him, Mr Vanier was more and more drawn to prayer and reflection on what God’s call for him might be. He studied philosophy and theology in Paris. In 1964 Jean went to visit a friend who was working as chaplain to a small residence for intellectually disabled people. The visit was a turning point in his life. He realised God was calling him to something new. He decided to stay, and invited two of the men from the institution to live with him.

Years later, describing the experience, he said that living with Raphael and Philippe helped him discover himself and was a great joy. “I began to find the child in myself. I was never so happy as when I was living with them in a very simple way in a little house, working together, having fun together, praying together. That is to say, I sensed a completely new meaning to my life, very different from when I was in the navy, very different from when I was teaching philosophy, but something much more fulfilling. It was a place where it was quite clear that Jesus was present.”

He named his house,“L’Arche”, the French word for Noah’s Ark. In time, others joined them, until the community grew to over 400 people.