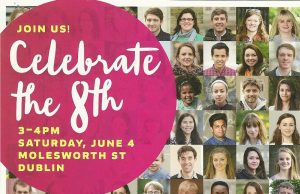 Thousands of people will gather tomorrow (Saturday 4 June) from 3pm to 4pm at Molesworth Street in Dublin for the ‘Celebrate the 8th’ rally.

The 8th Amendment is something we should be very proud of, Cora Sherlock, deputy Chairperson of the Pro Life campaign told CatholicIreland.net in advance of the rally.

Describing the 8th Amendment as a “life saving provision”, Ms Sherlock said that there were people walking around in Ireland today who were alive because of the amendment.

In the recent elections, many candidates included ‘Repeal of the Eighth’ as a plank in their manifestos and not one candidate standing for election for the Trinity seat in the Seanad supported retaining the Eighth Amendment, yet Ms Sherlock, denies that momentum is on the side of people advocating repeal of the Eighth.

“I think the opposite,” she said. “When the Eighth Amendment came up on the doorsteps [at the general election] it was from people who wanted it retained,” she told CatholicIreland.net.

Opposition is “not coming from  the grassroots” but from “vocal advocates who are trying to rewrite election history.”

According to Ms Sherlock the Pro Life Campaign has grown steadily over the last number of years involving thousands of people working in different capacities and with many  young people joining.

“It is very impressive when you see that the disappointment of 2013 [Protection of Life in pregnancy Act] hasn’t in any way quelled their enthusiasm,” she said.

Students and other young people see the hypocrisy and contradictions in the arguments from abortion advocates, she added, and are more inclined to do something about it and get involved in a campaign that is going to protect all human life.

Speakers at the ‘Celebrate the Eighth’ rally on Saturday include abortion survivor Melissa Ohden from the US, and disability activist Heidi Crowter from the UK. 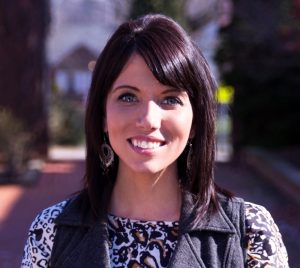 When Melissa Ohden’s mother was seven months pregnant she went for an abortion.

“It was a saline abortion which failed. Melissa was the baby. Because of the law in the US at the time which allowed babies to be deprived of medical care if they survived abortion, she was left to die in the hospital. The only reason she survived was because one of the medical staff on the shift took pity on her and thought this was an inhumane thing to happen.”

Melissa has since set up the Abortion Survivors network and is in contact with over 200 other  abortion survivors.

Heidi Crowther, who has Down Syndrome, is a disability activist involved in the UK campaign to oppose pre-screening for Down Syndrome. “There is a really worrying push to perfect that test in England,” said Ms Sherlock.

The UK has a 90% abortion rate for babies diagnosed with Down Syndrome. The improved test is  expected to ensure that even more babies will be aborted, following the lead of countries like  Denmark which has set itself  the goal of being “Down Syndrome Free” by 2030.

“Let’s learn from what is happening in other countries,” commented Ms Sherlock, “the way abortion strips away the respect for every human being and for human dignity. Let’s not let that happen in Ireland.”

The PLC believes this weekend’s event will be the beginning of something “different”.

“What we have been saying is that it is very important for people to hear the real life stories of people who are affected,” said Cora Sherlock.

For example, among those speaking  at the rally will be people who were told that their baby had no possibility of surviving and who were advised to have abortions.

“Their baby survived and is a greatly loved member of their family.”