Cavan footballer to speak at Mary Untier of Knots novena

Former Cavan Inter-County GAA goalkeeper, Alan O’Mara, is among of host of high profile speakers lined up for this year’s annual novena to Mary, Untier of Knots in Kilmore diocese.

Alan O’Mara is the author of ‘The Best is Yet to Come: A Memoir about Football & Finding a Way through the Dark’.

On Wednesday 28 September, he will speak about his own mental health experiences and a relic of St Therese of Lisieux will be available afterwards for veneration.

The third annual novena to Mary, Untier of Knots, will take place in the Cathedral of SS Patrick & Felim in Cavan from Monday 26 September to Tuesday 4 October.

The theme of this year’s Novena is ‘God’s Name is Mercy’, based on the theme of the Jubilee Year of Mercy which is currently being celebrated in the Universal Church.

The Novena is being organised by the Kilmore Diocesan Pastoral Centre with the assistance of the priests and staff of the Cathedral Parish of Urney and Annagelliff in Cavan.

Pope Francis has a very special devotion to Mary, Untier of Knots.

When he was studying in Germany, he was stunned by a Bavarian painting of ‘Holy Mary, Our Lady Untier of Knots.’

He acquired a copy of the painting and brought it to Argentina to promote devotion to Mary under this title. 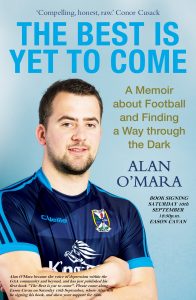 Confirmed speakers for this year’s novena in Cavan include: Fr Tony O’Riordan, a Jesuit priest based in Moyross in Limerick, who was commissioned by Pope Francis as a Missionary of Mercy earlier this year. He will speak on Monday 26 September.

Alan O’Mara will speak on his mental health experiences on Wednesday 28 September with a relic of St Therese of Lisieux available afterwards for veneration.

Fr Paddy Byrne of Portlaoise will bring a relic of St Teresa of Calcutta with him on Thursday 29 September.

The on Friday 30 September, Sr Consilio Fitzgerald of Cuan Mhuire will speak and a relic of St Faustina will be available afterwards for veneration.

He is followed on Sunday 2 October by John McAreavey after which a relic of St Pio of Pietrelcina will be available for veneration.

Fr Owen J. McEneaney, the Prior of St Patrick’s Purgatory in Lough Derg will speak on Monday 3 October and the last speaker on Tuesday 4 October is Fr Paddy O’Rourke SMA – a native of Laragh parish in the diocese of Kilmore and currently based in the Dromantine Retreat and Conference Centre near Newry. After his talk a relic of St Bernadette Soubirous will be available for veneration.

Bishop Leo O’Reilly of Kilmore will be the principal celebrant of the opening Mass of the Novena on Monday 26 September at 7:30p.m.

There will be special emphasis on the Sacrament of Reconciliation on this evening with individual confessions available after Mass.

There will be the liturgy of the Anointing of the Sick during the 7:30p.m. Mass on Thursday 29 September.

There will be a special emphasis on youth during the Novena with participants from the diocese in the recent World Youth Day pilgrimage taking an active role in the liturgy on Saturday 1 October and participants in the Diocesan John Paul II Awards from Cavan parish taking part in the liturgy planned for Sunday 2 October.

There will be a blessing of babies and young children after Mass on Monday 3 October.

For further information on the Novena, please contact Sarah, on 049 4375004 or by email to [email protected]